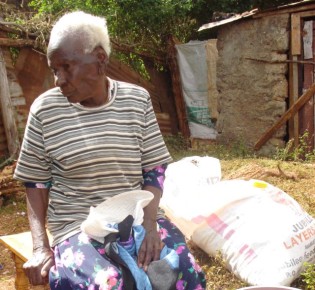 By George Gao
When U.S. President Barack Obama tried to drum up momentum for airstrikes in Syria to punish and deter the use of chemical weapons, he failed to gain much of a following.

By George Gao
The China pavilion is a red, inverted pyramid in Shanghai that was built for the city’s bustling 2010 World Expo. While the pavilion pays some homage to China’s ancient past, it mostly shows off China’s 21st century ambitions, with as much swagger as the 2008 Beijing Olympics.

By George Gao
U.S. President Barack Obama is set to host his Chinese counterpart Xi Jinping on Jun. 7-8 for their first bilateral meeting as heads of state. Figuring on their agenda is how to address a precarious North Korea, which is armed with a small nuclear arsenal and vying for a bigger one.

By George Gao
Former U.S. Republican Congressman Asa Hutchinson hopes his country can redeem itself after torturing an unknown but certainly large number of detainees.

By George Gao
Peter “Pete” Seeger is a 93-year old U.S. folk legend who resides near Wappingers Falls in southern New York. He can be spotted occasionally on the traffic-heavy Route 9, flanked by world peace signs and armed with a banjo.

By George Gao
The U.N. has opened up public platforms to engage the world on how best to replace the expiring Millennium Development Goals (MDGs) and frame a new development agenda, post-2015.

By George Gao
Some of the most harrowing cases of gender-based violence Kathryn Bolkovac came across while working as a U.N. human rights investigator in Bosnia involved a perpetrator dubbed “the Doctor” by the women and girls he abused.

By George Gao
The “Spirit of America” is one of 10 ferries that carry passengers from Manhattan to Staten Island. Its keel – which lies on the bottom of the boat and carves through the waters of New York Harbour– was built with steel from the collapsed Twin Towers.
Next Page »
ADVERTISEMENT ADVERTISEMENT