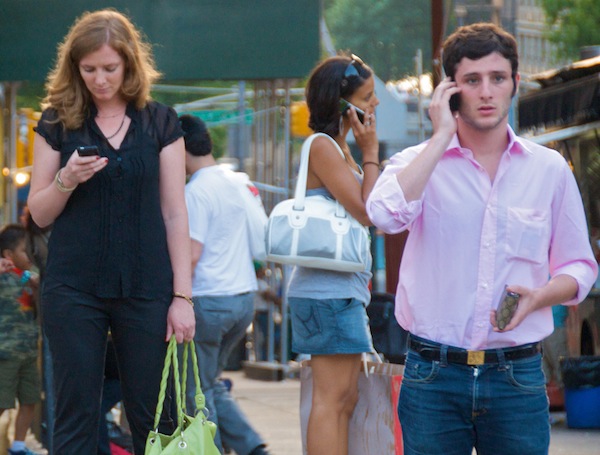 The National Security Agency has access to data from numerous telephone and internet companies. Credit: Ed Yourdon/CC by 2.0

UNITED NATIONS, Jun 12 2013 (IPS) - Edward Snowden, 29, left behind a comfortable lifestyle in Hawaii as a private contractor for the Pentagon’s National Security Agency (NSA) because he did not want to help create an “architecture for oppression” for fellow citizens.

Snowden blew the whistle on a series of invasive activities that the NSA conducts domestically and internationally under the banner of “national security” – activities that intensified after Al Qaeda attacks against the United States on Sep. 11, 2001.

The NSA has access to a variety of online and telephone metadata banks, including from Verizon Communications, a leading telephone provider. Verizon metadata displays the duration of phone calls, the location of callers, the phone numbers being connected and the dates phone calls were made, according to the Guardian.

The NSA also collects data from AT&T and Sprint Nextel, as well as from credit card transactions, according to the Wall Street Journal.

Through its “Prism” programme, the NSA has direct access to central data from nine major internet companies – Google, Yahoo, Microsoft, Facebook, AOL, Apple, PalTalk, Skype and YouTube – including access to U.S. citizens’ email content and chat logs, reported the Guardian and the Washington Post, the recipients of the documents leaked by Snowden.

The NSA revelations have prompted civil society demands for the U.N. Human Rights Council to address privacy rights in the face of increased state surveillance worldwide. They also underscore the warnings of a Jun. 4 report by U.N. Special Rapporteur Frank La Rue that addressed the increasing use of such surveillance.

“National laws regulating what constitutes the necessary, legitimate and proportional state involvement in communications surveillance are often inadequate or simply do not exist,” said La Rue.

"The surveillance being undertaken by the NSA...is a breach of international guarantees of freedom of expression."
-- Toby Mendel,

La Rue’s report noted that surveillance technologies are developing much faster than legal frameworks can adapt to regulate them. It cautioned specifically against the U.S.’s Foreign Intelligence Surveillance Act (FISA), which paved the way for NSA activities.

The report argued that unfettered state access to surveillance technologies could compromise human rights to privacy and freedom of expression, as protected by the Universal Declaration of Human Rights and the International Covenant on Civil and Political Rights (ICCPR), which the United States has adopted and ratified, respectively.

The report warned too against the use of “an amorphous concept of national security” as a reason to invade people’s rights to privacy and freedom of expression, arguing that such an invasion potentially “threatens the foundations of a democratic society”.

The UNESCO report noted that the right to communicate anonymously strengthens political accountability and encourages people to speak out in the public interest without fear of reprisal.

“The surveillance being undertaken by the NSA, if the [news] reports are correct, is a breach of international guarantees of freedom of expression,” said Toby Mendel, co-author of the UNESCO report and executive director of the Centre for Law and Democracy in Canada.

“The idea that the NSA is tracking vast volumes of communication data, potentially based on little or no evidence of a crime having been committed, will exert a significant chilling effect on all kinds of communications,” he told IPS.

Mendel also noted that the within the European Union, companies are being asked to store communication tracking data for up to two years for potential government use, with some protective barriers.

EU countries expressed initial outrage over the NSA’s activities, according to the Associated Press, with some officials promising to raise the issue of surveillance with the U.S. government. But analysts argue that under the surface, the EU benefits from NSA intelligence without having to do the dirty work itself.

Later this month, the U.N. Human Rights Committee will review the U.S. government’s compliance with the ICCPR and may highlight the U.S.’s surveillance program, according to Allison Frankel at the American Civil Liberties Union’s (ACLU) human rights programme.

What is most disturbing, Kaufman told IPS, is that NSA activities were approved by all three branches of the U.S. government – Congress and the judiciary, as well as the executive – without appropriate input from U.S. citizens.

“In a democracy, the authority for this kind of intrusion into privacy must come from the people themselves,” he said.

Jun. 10 polls from the Pew Research Centre in Washington – conducted after the NSA leaks – shows that U.S. public perception of government surveillance has not changed much since 2001 and 2006, with 56 percent accepting NSA phone monitoring and 45 accepting email intrusions.

Snowden’s leaked NSA documents may only show the tip of the iceberg of U.S. government surveillance activities.

Ryan Calo, an assistant professor at the University of Washington School of Law in Seattle and an expert on privacy issues, said that limited, public knowledge of NSA surveillance may take a psychological toll on some U.S. citizens.

“I believe the resulting discomfort and fear – the state of oblique awareness without really knowing the details – constitutes a form of privacy harm,” he told IPS.

Calo described a privacy “Catch-22” that is often the case in attempts to hold secretive government agencies accountable. “The courts won’t let you challenge secret surveillance because you cannot confirm it exists,” he said.

Such was the case in Clapper v. Amnesty International when the plaintiffs, including the ACLU, could not prove that they had been monitored by the NSA. But the ACLU, in its status as a Verizon customer, may now have the standing necessary to renew its lawsuit.

Asked by the Guardian about his actions, risks and sacrifices, Snowden said, “You can get up every day. You can go to work. You can collect your large paycheck for relatively little work against the public interest and go to sleep at night after watching your shows.”

“But if you realise that that’s the world you helped create, and it’s going to get worse with the next generation…to extend the capabilities of this sort of architecture of repression, you realise that you might be willing to accept any risk…so long as the public gets to make their own decisions about how that’s applied,” he said.