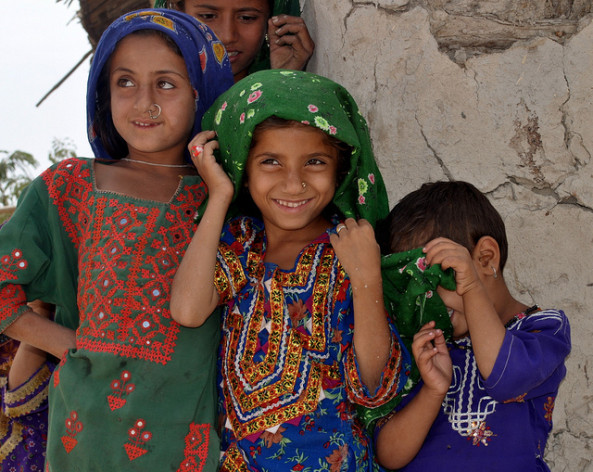 Violence against women and girls is both a cause and a consequence of gender inequality. Credit: Zofeen Ebrahim/IPS

UNITED NATIONS, Mar 4 2013 (IPS) - The U.N. has opened up public platforms to engage the world on how best to replace the expiring Millennium Development Goals (MDGs) and frame a new development agenda, post-2015.

What has come through is a cacophony of voices.

But according to some civil society members and U.N. officials – who are hoping to unhinge the structural drivers of inequalities and gender-based violence, and push for a cross-cutting framework for gender-equality – a little chaos may not necessarily be a bad thing.

The public consultation on inequality in Copenhagen – part of a series of U.N. and civil society led Global Thematic Consultations – drew over 1,200 participants, from Feb. 18-19.

It also received 175 papers, which were synthesised into a report, entitled “Addressing Inequalities”, the centrepiece of discussions in Copenhagen.

At a New York briefing of the consultation, Saraswathi Menon, director of the policy division at UN Women, said, “I rather like chaos, because out of chaos you get creativity.”

“The fact of having multiple voices and multiple perspectives on an issue is very important,” said Menon, on Feb. 25 at the Baha’i International Community.

The consultations took place two weeks ahead of the fifty-seventh session of the Commission on the Status of Women (CSW57), which will be held at U.N. headquarters from Mar. 4-15.

In Copenhagen, the topic of violence against women and girls – the focus of CSW57 – was much on people’s minds.

“Whenever there’s an international consensus around a particular issue, governments tend to have that more on the radar,” said Savitri Bisnath, associate director of the Center for Women’s Global Leadership.

“If we look at lessons from the past, we see that international agreements tend to mobilise resources and attention on a particular issue,” she added.

“But to actually impact and change minds and realities on the ground, they have to be accompanied by concrete financial resources, policy changes and legal changes that are context specific, which involves the participation of the community they intend to benefit and serve,” she noted.

“In South Africa, men have come to view women’s empowerment as a threat to their manhood. We as a government should start a national campaign to educate men about the public benefits that women’s rights represent,” said Peacock, citing the words of a South African health minister.

Lakshmi Puri of UN Women told IPS, “Seven out of 10 women and girls are likely to face violence in their lifetimes.”

“The omission of violence against women from the MDG framework had been a major shortcoming,” she said.

“Ending violence against women must therefore be an explicit priority for the post-2015 framework – both as part of a stand-alone gender equality goal and as part of priorities that address personal security and the maintenance of international peace and security.”

She gave the example of a woman running for parliament in Nepal who was threatened with sexual assault by people outside of her own house. “We can’t talk about political participation… without talking about the barrier of gender-based violence,” she said.

McInturff cited that girls in Canada are sexually harassed in schoolrooms, by teachers and classmates. “We all know the data on the transformative power of education and education for girls, but education continues to be a barrier for girls,” she said.

Women entrepreneurs also face domestic abuse and violence in the workplace, explained McInturff. “Fear of violence can be exploited to make them a more docile workforce,” she warned.

“(This) violence is a barrier to the achievement of any other (development) goal for women and girls,” McInturff told IPS, noting that the MDGs do not even attempt to address gender-based violence.

Zohra Moosa, a women’s rights adviser at ActionAid UK, told IPS that violence against women and girls is both a cause and a consequence of gender inequality.

“It causes gender inequality by acting as a means of social control that reinforces women’s subordinate status,” she explained.

“It does this by entrenching the idea that women’s lives are worth less than men’s, taking power away from (them) and restricting (the) decisions women can (make) for themselves.”

Moosa said that sexual harassment on the street, for example, inhibits women’s ability to travel freely through their own cities. It may even change the way they dress.

“(Gender-based violence) is a consequence of gender inequality because it is an abuse of the power imbalance between women and men,” she explained.

Moosa’s report “Violence Against Women and Girls in the Post-2015 Framework: Why and How” was one of the 175 received in Copenhagen.

When asked why gender-based violence is more prevalent in conflict and post-conflict settings, Dean Peacock, co-founder and executive director of the Sonke Gender Justice Network, told IPS that pressures on men increase during these times, while legal systems collapse.

“So you’ve got that mix of factors – the sense of impunity and inability of the state or civil society to engage in violence prevention… and men using rape and sexual violence as a way to humiliate (the opposition) and demonstrate their power to other armed groups,” he said.

Savitri Bisnath, associate director of the Center for Women’s Global Leadership (CWGL) at Rutgers University, points out that the lack of an arms trade treaty also contributes to the increasing militarisation of “peaceful societies”.

“Intimate partner violence becomes even more dangerous when guns are present in the home, as they can be used to threaten, injure and/ or kill women,” she told IPS.

Moosa at ActionAid UK noted that women and girls who stand up against gender-based violence are often targeted for violence themselves.

“They are attacked… because they are challenging the status quo, and (also) to send a (message) to other women and girls about the penalties of resisting violence and gender inequality,” she said.

“Attacks on high profile women activists, including those in political office, are unfortunately not uncommon,” she added, citing what happened to Malala Yousafzai in Pakistan and Najia Sediqi in Afghanistan.

Moosa explained that some social norms – defined as “rules” and conventions that provide part of the context within which people make decisions – may perpetuate violence against women and girls.

“For example, rape within marriage might be widely accepted, or hitting a wife might be understood as the prerogative or even duty of a husband,” she said.

“If most people do not believe violence against women is a bad thing, or think it is the women’s fault, it becomes harder for women to speak out and seek help,” she noted.

“(But) nothing is further from the truth,” she added. “Culture is dynamic, diverse and creative.”

“There is agreement at the international level that no customs, traditions or practices can be invoked to justify any form of violence against women,” she said.

Bisnath at CWGL said, “One of the most important things is to work with (women in) communities, to understand what the processes are which perpetuate their discrimination and to insure that there are policies and laws in place (to address) this discrimination.”