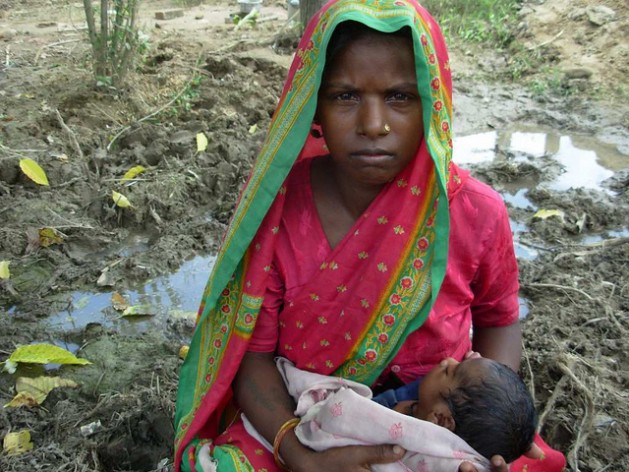 The MDGs remain a distant dream for Nepali children, with 38 percent of the population defecating out in the open because of poor sanitation. Credit: Naresh Newar/IPS

UNITED NATIONS, Jan 31 2013 (IPS) - What values does a Yemeni journalist who fuelled the Arab Spring hold in common with a former principal of the U.S. National Security Council? And how in turn will they see eye to eye with a Jordanian queen, or the president of Indonesia?

The subjects of this riddle are meeting in Monrovia as part of Secretary-General Ban Ki-moon’s 27-member High Level Panel of Eminent Person’s on the Post-2015 Development Agenda (HLP).

The purpose of the HLP is to lead the discussion around a new framework, the post-2015 development agenda, to replace the expiring Millennium Development Goals (MDGs). The HLP’s work will culminate with an advisory report to Ban in May 2013.

The meeting, which takes place between Jan. 30 and Feb. 1, is the third in a series of four. Previous meetings took place in London and New York, and the forthcoming one will take place in Bali.

“This (meeting in Monrovia) is the HLP’s chance to hear the perspectives of a wide range of organisations and individuals in Africa about their priorities for a post-2015 agenda,” said Claire Melamed, head of the Growth and Equity Programme at the Overseas Development Institute (ODI).

“It’s important those perspectives are reflected in the final report,” Melamed told IPS.

ODI, in partnership with the World Wide Web Foundation and the U.N., developed an online survey to gauge the priorities of the world’s citizens. The survey, conducted through myworld2015.org, inspired a running Twitter conversation on the topic (#post2015). The online platforms sparked international chatter that was absent during MDG discussions.

“As we witnessed in the historic events of 2011 – from the Arab spring to the rise of Occupy – the possibility of mobilising public opinion on a global scale is becoming ever-more urgent and realistic,” Rajesh Makwana, director of Share the World’s Resources (STWR), told IPS.

The airing of new voices does pose a challenge: how will 27 panellists harbour the hopes and concerns of so many people?

“My apprehension is that this process is moving in so many levels (that) there’s no priority on how these different conversations (will) come together in one place,” said Radhika Balakrishnan, executive director of the Center for Women’s Global Leadership and professor of women’s and gender studies at Rutgers University.

“There’s consultations happening all around the world… There’s not a clear way to see how these are going to come to fruition at the end,” Balakrishnan told IPS, noting that she is still hopeful, despite the challenges.

One agreement that did emerge from the HLP’s first meeting in New York was to anchor the post-2015 agenda through “poverty eradication” and “sustainable development”. This idea builds off both the MDGs and the 2012 U.N. Conference on Sustainable Development (Rio+20) in Rio de Janeiro.

The Rio+20 outcome document entitled “The Future We Want” specifies that the process leading to Sustainable Development Goals (SDGs) should converge with the post-2015 framework.

“The post-2015 agenda builds off Rio+20 in the sense that one follows the other, and some of the same people and institutions are involved in both,” said Melamed, author of the report “After 2015: contexts, politics and processes for a post-2015 global agreement on development“.

“But the extent to which they become the same agenda is a hotly contested issue, and it’s not clear how or if that will happen,” she added.

Balakrishnan stated that the category “sustainable development” should also encompass economic issues, as in “sustainability of the economy to reproduce itself in terms of taking care of the people in it”.

“So many people are left out of the economy,” she said. “How sustainable (is a) world in which people cannot have an adequate standard of living?”

When asked about changes in the world between 2000 and 2015, Balakrishnan highlighted the geopolitical shift in north-south dynamics. “The north-south divide is not so clear – Europe is in the middle of huge crises in austerity,” she explained. “In a way the global economy is vulnerable all over.”

Makwana said, “We have to accept that we currently consume 50 percent more resources than the planet can produce and that it is imperative to follow an entirely different economic model – one that puts human and environmental welfare before economic growth and wealth generation.”

On climate change, Melamed said, “We know at least two more things about climate change than (we did) in 1999. Firstly, that it is not only happening, and fast, but that its impact will potentially be catastrophic. So there is more urgency.

“But we also know more about how to tackle it. We have better scientific and technical resources to solve the problem, if – and this is where the problems come – governments and companies choose to use them.”

Makwana echoed Melamed’s point, noting that around 40,000 people die every day due to lack of food, water and healthcare. He said, “We already know how to prevent these deaths, and the systems and institutions that can do so have long been in place.”

Ellen Johnson Sirleaf, president of Liberia and co-chair of the HLP, addressed civil society organisations in Monrovia during a pre-consultative forum on Tuesday. “The meeting in Liberia is on ‘economic transformation’, and we want to make sure that we depart from the normal paradigm,” she said.

When asked to comment on the weaknesses of current MDGs, Balakrishnan, co-author (with Diane Elson) of the report Post-2015 Development Framework and the Realization of Women’s Rights and Social Justice, said MDGs approached women’s rights through too narrow a scope and failed to address women’s role in the larger economic framework.

Makwana argued that while MDGs ignored much of the root causes of poverty, “we must of course support the (post-2015) process… because it is currently the only internationally agreed framework for trying to address some of the most pressing issues facing humanity”.

He added, “The post-2015 debate provides an important opportunity for policymakers to be far more ambitious about securing basic human needs for all.”