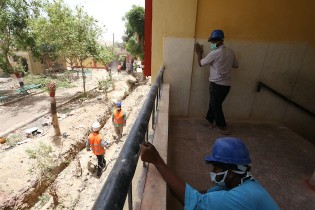 By Kanya D'Almeida
Two years after a massive garments factory collapsed in a suburb of Bangladesh’s capital, Dhaka, killing over 1,100 people and leaving more than 2,500 injured, a major international fund has met its target of raising 30 million dollars to be paid out in compensation to the victims and their families.
Next Page »
ADVERTISEMENT ADVERTISEMENT