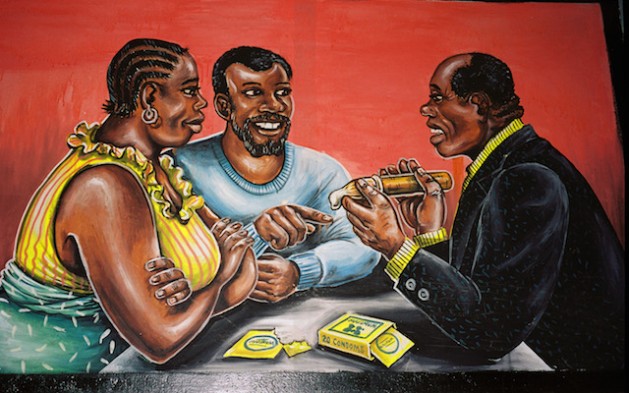 Arriving home earlier than usual, the married mother of two found her husband waiting for her in their shanty at Kisumu Ndogo, in the sprawling Kibera slums.

He had just discovered he was HIV positive. A week later, she too tested positive.

Both were 29 years old at the time. “We were very young and knew very little about HIV,” she says.

Having had two daughters, both HIV negative, they desired a son, but decided not to have another baby.

At the time, to prevent pregnancy, Njeri was on Depo-Provera, a hormone injection that lasts three months, and she needed a new shot.

On discovering that Njeri was HIV positive, the nurses encouraged her to undergo tubal ligation as a permanent birth control method – a step that neither Njeri nor her husband were prepared to take.

Unbeknown to Njeri, during this period, the country was facing a massive contraceptives shortage. It was so bad that rumours spread that women seeking the hormone injection, the most popular, family planning method, were injected with water instead of the hormone.

Njeri told IPS that the nurses said that they were giving priority to other women with pressing need of contraceptives.

“They said I was being selfish for not agreeing to have my tubes tied,” she says. “The nurses were forcing me to give up the only thing that made me feel like a real woman. I did not want that taken away from me.”

She was advised to use a condom to prevent a pregnancy. Condoms were new to them, and not easy.

“Using it all the time was very difficult. Sex became a chore. I hated it,” she says.

Fast Facts about Contraception in Kenya

Price was another issue. “We are both casual labourers. In the slums, putting food on the table is the only priority,” she says. Their sole support comes from her church, parcels of clothes and food every now and then.

Njeri shared her predicament with a traditional birth attendant, who advised her to only have sex on safe days.

But neither knew that antibiotics can interfere with the menstruation cycle, and Njeri was taking them to fend off HIV-related opportunistic infections.  This made safe days ineffective as a contraceptive method.

Eight months later, Njeri found out that she had conceived. At her first antenatal visit, her CD4 count was a low 400. After delivering her baby boy in 2011, she was down to 180. She began using antiretrovirals, as did her husband.

But her son is infected with HIV.

Although Njeri was on the prevention of mother to child transmission program at the government’s Mbagathi Hospital near Kibera, she chose to deliver with a traditional birth attendant because they are kinder than hospital staff.

“Most government hospitals are too crowded; they don’t have time to show kindness or respect. You are lucky if a nurse actually attends to you,” she says.

Between 2012 and 2013, a series of labor strikes in the health sector resulted in shortages of injectables. Reluctantly, the couple resorted to condoms.

Being HIV positive, sexually active and young enough to get pregnant is a big problem, she says.

“Many health facilities are not able to take care of our needs,” she told IPS.

Some clinics have set aside a day of family planning services for HIV positive women but Njeri is not always able to attend because of work.

For now, Njeri is back on the injectable contraceptive. She prays that when she returns to the clinic in two months for another injection, it will still be available.