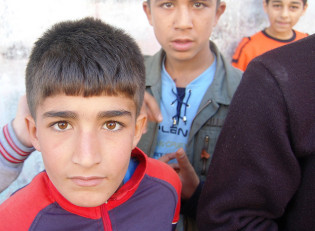 By Sabine Clappaert
Despite staggering advances in medical science and technology over the years, women around the world continue to suffer gravely as a result of inadequate access to basic reproductive health services.

By Sabine Clappaert
The Traditional Courts Bill currently under discussion in South Africa’s parliament and due to be enacted by the end of 2012 could undermine the basic rights of some of the country’s most vulnerable inhabitants: the 12 million women living in remote rural communities across the country.

Headscarf Is Also a Scarf Over the Head

By Sabine Clappaert
While Belgium’s politicians, academics, business leaders and feminists grapple with the concept and reality of a law banning headscarves in public institutions and beyond, two entrepreneurial women have joined forces to rescue the headscarf from the country’s political debate. Inge Rombauts and Fatima Rafiy run the exclusive hijab boutique Noor D’Izar, which offers women, "a fashionable solution regardless of their reasons for wanting to wear a headscarf," Inge Rombauts tells IPS.
ADVERTISEMENT ADVERTISEMENT