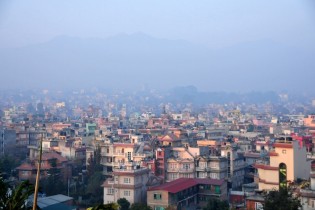 By Suvendrini Kakuchi
The discovery of radioactive contamination in ‘shiitake’ mushrooms grown in Manazuru town, Kanagawa prefecture, some 300 km away from the crippled Fukushima Daiichi nuclear power plant, has raised public clamour for compensation.

By Suvendrini Kakuchi
Yumi Goto, 60, lives with her husband in a temporary shelter on a windy hill that overlooks vast stretches of tsunami-devastated seacoast where her home was once located.

By Suvendrini Kakuchi
Japan plans to boost civilian nuclear exports even as it tries to appease its population angered at radiation leaks from the Fukushima Daiichi nuclear power plant, crippled by an earthquake and tsunami on Mar. 11, last year.

By Suvendrini Kakuchi
Hideo Sato, 47, and his family escaped to this snowy city 200 km from the radiation emitting Fuksuhima power plant that was struck by a massive earthquake-driven tsunami on Mar. 11.

By Amantha Perera
Seven years after monster waves crashed into homes, hotels and vehicles on Sri Lanka’s coast, people in this island nation continue to be haunted by demons from the sea.

By Marwaan Macan-Markar
No guns are needed in this battle. Only the muscle of Thai soldiers defending a sprawling industrial estate on the eastern end of this city from an advancing enemy - flood waters.

By Dennis Engbarth
Seven months after a massive earthquake and tsunami devastated northeastern Japan, Japanese citizens and relief organisations are working to learn from the tragedy in order to mitigate the fatal impact of future natural calamities at home and abroad.

By Suvendrini Kakuchi
Hundreds of Japanese women have been converging on the Japanese capital demanding better relief for some 30,000 children exposed to nuclear radiation by the Fukushima meltdown.
Next Page »
ADVERTISEMENT ADVERTISEMENT