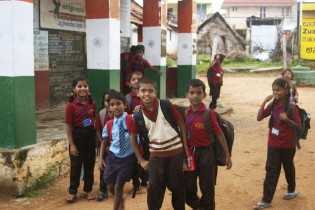 By Malini Shankar
The 2013 National Food Security Act of the Government of India seeks, according to its preamble, to “provide for food and nutritional security by ensuring access to adequate quantity of quality food at affordable prices to people”. Despite rapid economic growth and gains in reducing poverty, India has with among the highest levels of hunger and malnutrition in the world.

By Malini Shankar
A state-of-the-art nuclear medicine hospital for cancer treatment in the heart of Bangalore goes well with the global image of this tech-savvy city.

By Malini Shankar
In commemoration of the eighth anniversary of the Asian tsunami, Wednesday was a day of prayer and mourning across the Andaman Nicobar Islands – located at the juncture of the Bay of Bengal and the Andaman Sea – and south India’s coastal Tamil Nadu state, two areas that suffered thousands of casualties on that fateful day.
Next Page »
ADVERTISEMENT ADVERTISEMENT