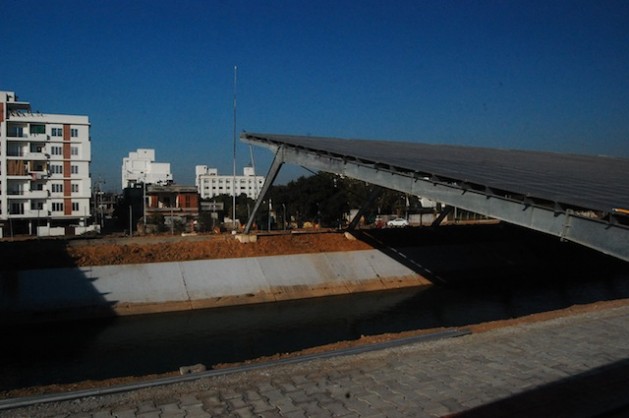 BARODA, India, Jan 19 2015 (IPS) - It began with an experiment to install photovoltaic cells over an irrigation canal that forms part of the Sardar Sarovar canal network – a massive hydel power project across the River Narmada that irrigates some 1.8 million hectares of arable land in the western Indian state of Gujarat.

After a successful pilot project, the Government of Gujarat has now invested some 18.3 million dollars replicating the scheme over a 3.6-km stretch of the irrigation canal in the hopes of generating 10 MW of power.

The project received endorsement from U.N. chief Ban Ki-moon on Jan. 11, as it represents global efforts to move towards a new poverty-eradication framework that will replace the Millennium Development Goals (MDGs) at the end of this year, putting sustainability at the heart of the global development agenda.

Given that no extra land had to be acquired for installation of the solar power panels, its uniqueness was lauded by the U.N. secretary-general.

“Looking out at the plant, I saw more than glittering panels—I saw the future of India and the future of our world,” Ban said, addressing the media at the site on Jan. 11.

With some 21,600 solar panels running over a length of the Vadodara branch of the canal, experts say the installation could generate power to the tune of 16.2 million units per annum, since the canal runs right over the Tropic of Cancer and receives bright sunlight for eight months out of the year.

Sceptics worry that without planning, the surplus power could be siphoned off by commercial enterprises unless there are concerted efforts to combine the sustainable energy initiative with poverty eradication.

All across India, stakeholders are taking stock of progress on the MDGs, keeping their eyes on the new era of sustainable development. Many gaps remain in the country’s efforts to improve the lives of millions, with water scarcity, lack of sanitation, and sprawling slums pointing to a need for better management of India’s human, economic and natural resources. 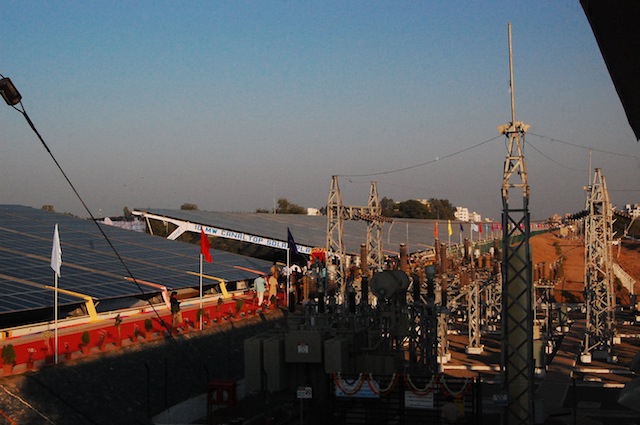 A view of the transformer, which transmits solar power generated at the canal-top solar power plant. Credit: Malini Shankar/IPS 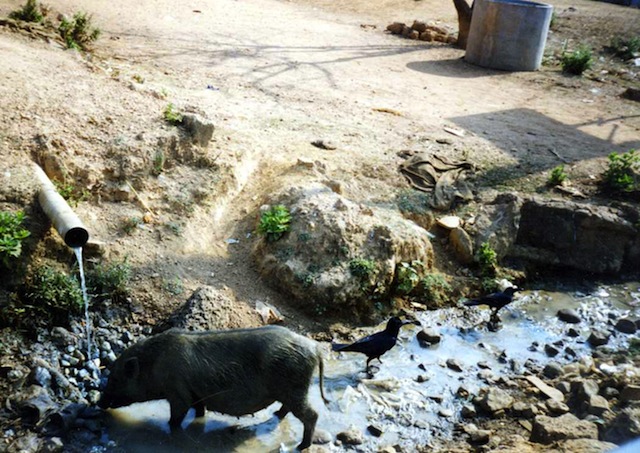 Such are the typical scenes in every slum area in India. Experts are hopeful that the post-2015 sustainable development agenda will succeed where the U.N.’s Millennium Development Goals (MDGs) did not. Credit: Malini Shankar/IPS 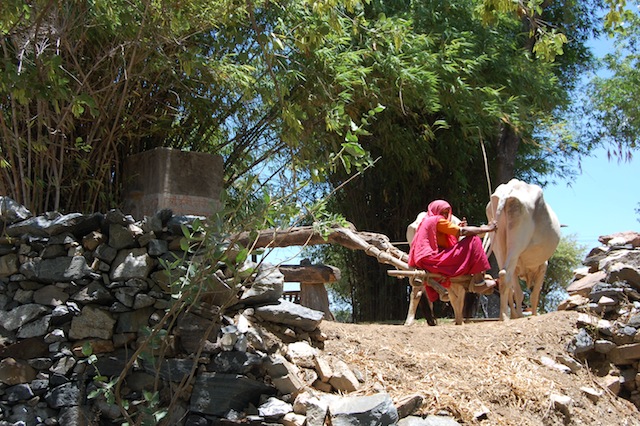 Traditional systems of water harvesting and conservation have gained new-found respect in the era of sustainable development. Here, a woman uses her ox to churn a water mill in the north Indian state of Rajasthan. Credit: Malini Shankar/IPS 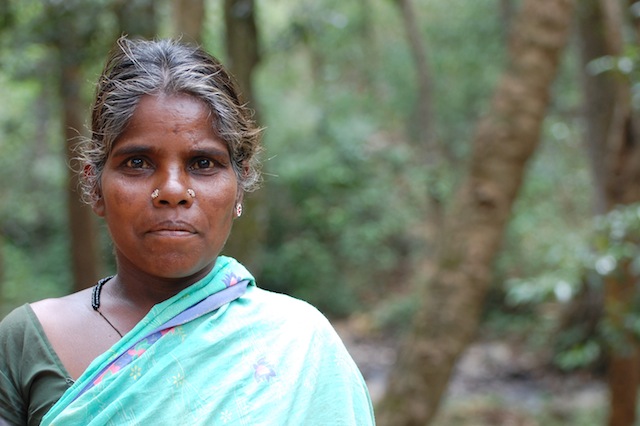 Indigenous people, like this Soliga woman, all across India are in urgent need of far-reaching sustainable development plans that will improve the lives and livelihoods of forest-dwellers. Credit: Malini Shankar/IPS 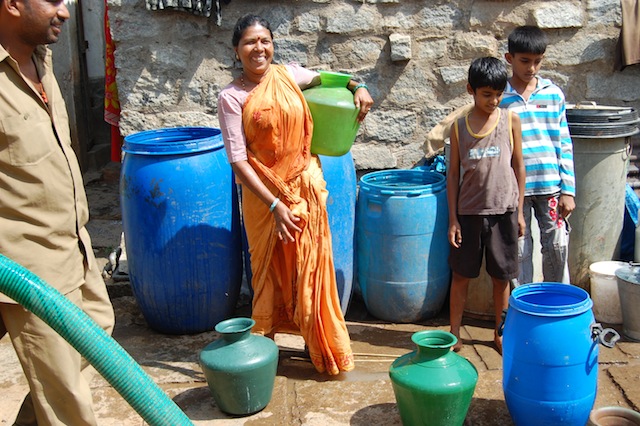 A water crisis continues to plague both urban and rural areas across India. As the U.N. gears up to implement a new sustainable development agenda, hopes are running high that gaps in the MDGs will now be filled. Credit: Malini Shankar/IPS 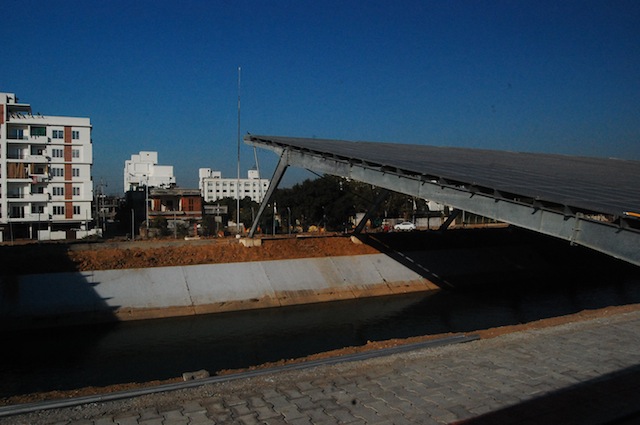 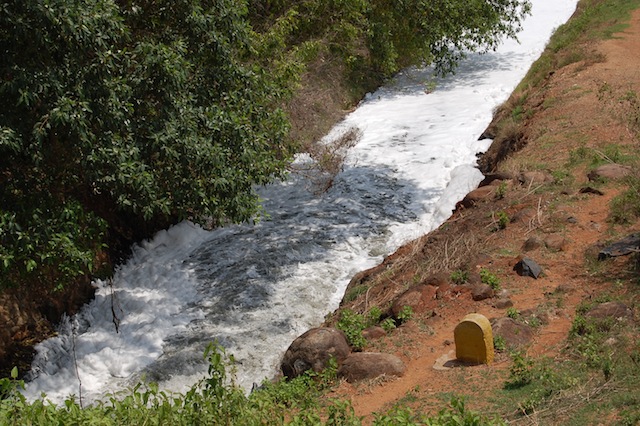 A view of a polluted stream in Bangalore, capital of the southern Indian state of Karnataka, points to an urgent need for better planning and management of the country’s scarce water sources. Credit: Malini Shankar/IPS