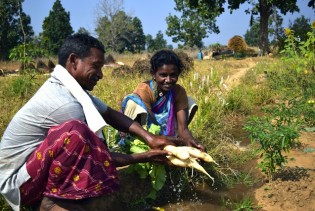 By Malini Shankar
It began with an experiment to install photovoltaic cells over an irrigation canal that forms part of the Sardar Sarovar canal network – a massive hydel power project across the River Narmada that irrigates some 1.8 million hectares of arable land in the western Indian state of Gujarat.
ADVERTISEMENT ADVERTISEMENT