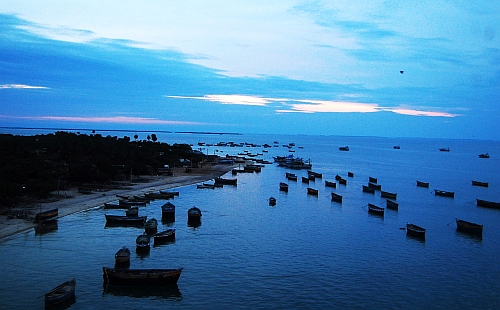 BANGALORE, India, Apr 6 2012 (IPS) - Community Radio (CR) broadcasting in India, long bound by red tape, has received a fillip with the government announcing a hike in advertising tariffs and the auction of licenses.

On Mar. 25, the Directorate of Audio Visual Publicity (DAVP) announced a quadrupling of advertising revenues for CR stations to Indian rupees 240 (4.5 dollars) per minute.

Venniyoor, who is on the expert committee of the government’s CR Broadcast Support Fund, said although CR stations have support from non-governmental organisations (NGOs) and multilateral funding, things will vastly improve once advertising revenues roll in.

“Besides, large infusions of money from government sources could prove to be a double-edged sword and completely skew the programming of a CR station,” Venniyoor said.

R. Sreedhar, director of the Commonwealth Educational Media Centre for Asia (CEMCA), calculates that the new tariff will allow CR stations to more than break even, given that the average running expenditure is about 2,000 dollars per month.

“A CR station is supposed to broadcast a minimum of eight hours, though the license is for 24 hours. Even if they manage to get advertisements for about 50 percent of the allowed time, the station becomes sustainable,” Sreedhar told IPS.

If a CR station gets advertisements for 20 minutes per day, it means it can earn about 2,838 dollars a month with enough to pay the advertisement managers, said Sreedhar, adding that advertising on CR has the potential to boost the local economy and human resources.

The reluctance of the government to allow expansion of CR can be seen from the fact it issued the first license seven years after a Supreme Court ruling in 1995 declaring airwaves to be public property.

News reporting has remained banned on CR and a new policy announced in 2006 stipulated that 50 percent of the content had to be created by and for the community.

Supporters of CR consider 2011 to be a landmark year because that was when CEMCA announced that as many as 231 licenses were in the pipeline and a CR Broadcast Support Fund was mooted.

Given the lack of ‘definition of news’, CR broadcasters fear that airing anything remotely connected to current affairs could result in the revocation of license.

Ajith Lawrence, who started Radio Alakal (Radio Waves) in 2006 on the strength of the Supreme Court ruling, came to grief after being on the air for just a few months, thanks to narrow interpretations of what constitutes news.

Lawrence said Radio Alakal was started with a view to providing fishers and their families living on the Thiruvananthapuram coastal belt with vital information such as weather conditions and the availability of catch along with music and entertainment.

Radio Alakal quickly caught on because the fishers were already sensitised to the value of timely information through having lived through the devastation of the December 2004 Indian Ocean tsunami.

“Even the tsunami experience did not stop local officials from withdrawing the license,” Lawrence told IPS. “It is time the government woke up to the huge potential of CR in disaster management and in improving the lives of marginalised coastal communities.”

In such circumstances, CR stations have desisted from reporting even earthquakes.

Ashish Sen, president of the World Association of Community Radio Broadcasters (AMRC) in Asia Pacific says that “without definition of what comprises news, confusion reigns – the digging of a well or a marriage can be news in a small village.”

Sreedhar believes that there is now new thinking in government on CR going by a bold plan to auction FM licenses and earn revenues. In a statement on Mar. 20, the DAVP announced that it expects to earn over 341 million dollars from the auctions.

There are fears, however, that some CR stations have huge advantages over others when it comes to attracting advertisers.

Arti Jaiman, station director of Gurgaon Ki Awaaz (Voice of Gurgaon), says that the mission of his CR, to articulate the rights of marginalised communities, is not likely to attract advertisement revenue.

On the other hand Gurgaon ki Awaaz, which started broadcasting in November 2009, is located in Gurgaon which falls in the state of Haryana but has the advantage of being part of the National Capital Region of Delhi.

Other CR stations do not have such advantages of location and, given the government’s restrictions on range and power of transmitters, may not reach the kind of audiences that will attract advertisers.

“We will just have to wait and see how all this plays out,” Venniyoor said.