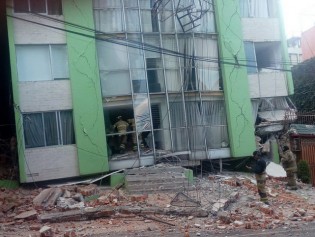 By Lucy Westcott
Upon first glance, the emergency checklist distributed in Haiti after the 2010 earthquake looks like any other. Organised into key categories like water, sanitation and hygiene, and psychosocial support, the information is typical of the kind circulated for emergency response.
Next Page »
ADVERTISEMENT ADVERTISEMENT