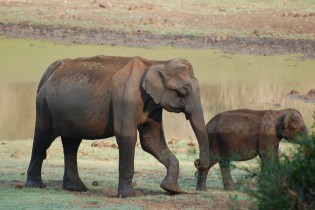 By Ramy Srour
With the 2014 deadline for a U.S. withdrawal from Afghanistan in sight, analysts here are urging Washington policymakers to drop the term ‘Af-Pak’ and recognise the importance of Pakistan beyond its implications for Afghanistan.

By Ramy Srour
The U.S. government has designated the Nigeria-based militant groups Boko Haram and Ansaru as terrorist organisations, prohibiting U.S. citizens from interacting or aiding the groups.

By Ramy Srour
Deep cuts in food aid for poor people in the United States are poised to bring higher demands on charities and food pantries across the country that provide food to families in need – and which are already overstretched.

By Ramy Srour
The U.S. government has been engaged in unlawful drone strikes in Pakistan that are in violation of international law, and may amount to war crimes, according to a new report released here by Amnesty International on Tuesday.
Next Page »
ADVERTISEMENT ADVERTISEMENT