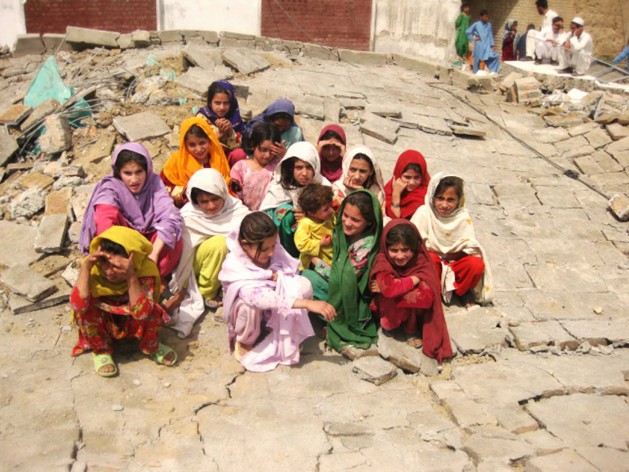 Afghanistan is both a fragile country and a least developed country. Credit: Ashfaq Yusufzai/IPS

UNITED NATIONS, May 26 2016 (IPS) - The world’s poorest countries are making development gains, yet challenges remain, particularly for so-called fragile countries affected by conflict or other disasters.

The UN Population Fund (UNFPA) published a report this week ahead of a UN meeting to review progress made in developing countries over the past five years. Known as the midterm review of the Istanbul Programme of Action (IPoA) the meeting will take place in Turkey on 27 to 29 May.

Chief of UNFPA’s Population and Development Branch and one of the authors of the report, Rachel Snow told IPS that there have been many “big positive callouts,” especially in the area of health.

However, access to secondary education still remains a challenge, Snow noted. This is partly due to lack of resources and infrastructure. It is also due to an “entirely different set of barriers” that girls and women particularly in regards to their empowerment and their sexual and reproductive rights.

“Child marriage means the end of schooling,” the review stated.

Snow noted that this contributes to intergenerational poverty traps. “[When you have] very large numbers of women and girls who are still married extremely young and can’t join education and formal employment, this creates intergenerational traps…which are difficult for countries to escape,” she told IPS.

Within the category of LDCs is a group of fragile states that particularly lag behind in development.

According to Save the Children’s 2014 Mothers’ Index, which assesses the well-being of mothers and children, eight of the bottom ten countries are both LDCs and fragile states.

Poor human development in these contexts is largely due to fragile governments’ weak capacity and inability to provide key services to populations.

The Organisation for Economic Co-operation and Development (OECD) also found that poverty is increasingly concentrated in fragile countries. By 2030, OECD estimates that over 60 percent of the global poor will be in fragile states.

Poor human development in these contexts is largely due to fragile governments’ weak capacity and inability to provide key services to populations. This makes them even more susceptible to economic shocks, environmental disasters and political instability.

After just two years, the newly formed nation of South Sudan, which already struggled with weak institutions and scarce resources, broke out into civil war which has since displaced over 2 million people and destroyed key infrastructure including hospitals and schools. Plunging oil prices and low rainfall have also increased vulnerability to poverty and weakened food security in the country. The World Food Programme has classified the East African nation as a level 3 emergency, one level below a famine.

As a result, the recent World Humanitarian Summit saw calls for increased attention and aid to fragile countries to advance development, prevent disasters and build resilience.

“We will only see…real lives saved when the major institutions are ready to invest in prevention and peacebuilding to reduce humanitarian need, take risks to fund people facing crises in fragile states,” said International Alert’s Head of Environment, Climate Change and Security Janani Vivekananda during the summit in Turkey.

While the focus on fragile states is important, World Vision International’s Director of Fragile Contexts and Peacebuilding Matthew Scott told IPS that fragility is not “binary” but is rather a “spectrum.”

“The focus ought to be on supporting communities, and what the broader context of fragility is that surrounds them,” he stated.

OECD’s Peace and Conflict Advisor Sara Batmanglich made similar comments to IPS, stating:“Shifting our lens to think more in terms of communities will not only present us with a different perspective on what is causing manifestations of fragility – for instance, high levels of violence – but will also allow us to find ways to support and bolster local forms of resilience.”

Such resilience-building includes access to good education and health as included in the Istanbul Program of Action, Snow stated. This will help people “cope and have the capacity to find a place of prosperity for themselves,” she told IPS.

“Approaching fragile contexts differently requires a multi-disciplinary approach that blends the best of relief, development, and advocacy,” he told IPS.

“But when properly supported, [people] are also tremendously powerful agents of change in their communities,” he concluded.

The action plan, adopted in 2011 by LDCs, provides a path to “build human capacities” by fostering sustainable economic, social and human development.

The document highlights the need to focus on the world’s 48 LDCs as they represent the “poorest and weakest segment of the international community” which limits the resilience of communities against shocks and crises.