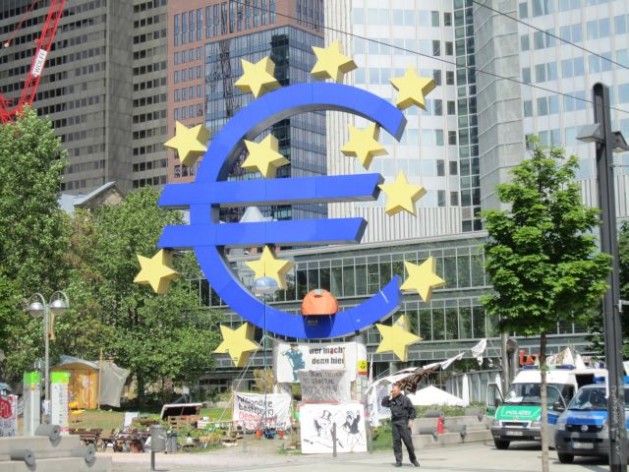 A draft agenda circulated this week for the Financing for Development (FfD) post-2015 Development Conference to be held in Addis Ababa in July places domestic public finances as a key action agenda item.

“This is no longer an issue about developing countries versus rich countries. I think you have to get beyond geography and start thinking about this as a battle between wealthy elites and everybody else.” -- Nicholas Shaxson

The agenda acknowledges the need for greater tax cooperation considering “there are limits to how much governments can individually increase revenues in our interconnected world”.

Over 130 countries, represented by the Group of 77 (G-77), called for greater international tax cooperation to be included on the agenda, in recognition of the increasingly central role of tax systems in development.

These calls come in light of the Luxembourg Leaks and Swiss Leaks, which have revealed in recent months how some of the world’s biggest multinational corporations avoid paying billions of dollars of taxes through deals with ‘tax havens’ in wealthy countries.

Two reports out this week, from Oxfam and the Tax Justice Network, both look at the impacts of corporate tax avoidance on global inequality.

Olier said that considerable funds are needed to make the SDGs possible.

“If we look at what’s currently on the table in terms of Official Development Assistance (‘international aid’) or even leveraging money from the private sector, this is never going to be enough to finance the SDGs,” she said.

“Tax is definitely going to be the most sustainable and the most important source of financing,” Olier said.

Oxfam’s report called on European institutions, especially the European Commission, to “analyse the negative impacts one member state’s tax system can have on other European and developing countries, and provide public recommendations for change.”

Nicholas Shaxson from the Tax Justice Network told IPS that tax havens are predominantly wealthier countries, but that they negatively impact both rich and poor countries.

“This is no longer an issue about developing countries versus rich countries. I think you have to get beyond geography and start thinking about this as a battle between wealthy elites and everybody else,” he said. “That’s where the battle line is, that’s where the dividing line is.”

He added that corporate taxes were particularly important to developing countries, in part because it was more difficult to leverage tax revenue from a poorer constituency.

“In pure justice terms, in terms of a large wealthy multinational extracting natural resources or making profits in a developing country and not paying tax, I think that nearly everyone in the world would agree in their gut that there’s something wrong with that situation,” Shaxson said.

Shaxson is the author of the Tax Justice Network’s (TJN) report: Ten Reasons to Defend the Corporation Tax, published earlier this week.

The report argues that trillions of dollars of public spending is at risk, and that if current trends continue, corporate headline taxes will reach zero in the next two to three decades.

Meanwhile, Oxfam reported in January that the “combined wealth of the richest 1 percent will overtake that of the other 99 percent of people next year [2016] unless the current trend of rising inequality is checked.”

Oxfam is calling for a Ministerial Roundtable to be held at the FfD Conference to help facilitate the establishment of a U.N. inter-governmental body on tax cooperation.

Olier told IPS that while developing countries have expressed support for greater tax cooperation, there has so far been less support from Organisation for Economic Co-operation and Development (OECD) member countries, including European countries and the United States.