PARIS, Jun 6 2014 (IPS) - Activists working to alleviate poverty worldwide gave a guarded welcome to the renewed commitment to development that G7 leaders made during their meeting in Brussels this week.

The group of industrialised countries (Canada, France, Germany, Italy, Japan, the United Kingdom and the United States), normally known as G8 but currently without Russia, stated that the “pursuit of sustainable and inclusive development and greater prosperity in all countries remains a foundational commitment that unites our people and our countries.”

They said they would continue to implement the commitments made at previous summits and would provide a report next year on the progress toward the attainment of these pledges. Prominent among the aims is to complete the “unfinished business of the Millennium Development Goals” that comes to term next year.

According to the government leaders, the post-2015 agenda “should be centred on people and focused both on the eradication of extreme poverty, promoting development and on balancing the environmental, economic and social dimensions of sustainable development, including climate change.” 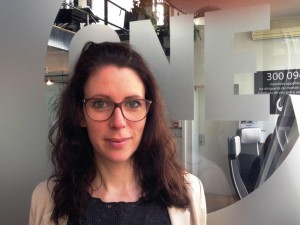 Friederike Roder. Photo courtesy of ONE

Friederike Röder, director of the French branch of anti-poverty campaign ONE, told IPS that several non-governmental organisations had specifically called for development to be a major focus of the meeting, and that their appeals seem to have been met.

“Despite a rushed agenda and pressing international events, the G7 leaders reaffirmed their ability to take into account global issues and provide concrete answers,” she said at the end of the meeting Thursday, as the Ukraine-Russia crisis topped most reports.

“Their repeated commitments or newly taken pledges in favour of transparency, health and the fight against illicit financial flows, mark progress, sometimes hesitant but still laudable, compared with the previous G8 summits,” she added.

“Unless people living in extreme poverty who will be affected by future development goals are able to participate in their creation and implementation, any progress made risks leaving the most socially excluded and vulnerable members of society behind" – ATD Fourth World

She said that the leaders’ assurances provide a basis for discussion at the next big international meetings that will take place in the coming months, such as that of the G20 in Australia later this year and the G7 in Germany in 2015.

Meanwhile, international anti-poverty movement ATD Fourth World said it welcomed the G7 2014 statement’s recognition of the need to eradicate, rather than just reduce, extreme poverty. “However, we would like to call their attention to the fact that unless people living in extreme poverty who will be affected by future development goals are able to participate in their creation and implementation, any progress made risks leaving the most socially excluded and vulnerable members of society behind,” the organisation said.

“This is why we feel that poverty can only be truly eradicated by a rights-based  approach to development, which insists that the fundamental rights of every single individual are fulfilled. Such an approach would ensure that no one was left behind by the post-2015 agenda, and goes far beyond the  promotion of human rights as envisaged by the G7 Statement,” the group added.

ONE, the group co-founded by musician Bono of U2, had also appealed for a focus on transparency in the extractive industries because many developing countries are affected by unclear or illicit agreements in this sector.

In its statement, the G7 said that its members would “continue to promote inclusive and resilient growth in Africa, working with governments and citizens in Africa to enhance governance and transparency … and strengthen the responsible and sustainable management of natural resources and the revenues they generate.”

“We remain committed to work towards common global standards that raise extractives transparency, which ensure disclosure of companies’ payments to all governments,” the leaders stated.

“We welcome the progress made among G7 members to implement quickly such standards.  These global standards should continue to move towards project-level reporting,” they added.

Prof. Mthuli Ncube, chief economist and vice-president of the African Development Bank, and other experts have long stressed that governments need to play a greater role in transparency.

“There must be fairer and more transparent relationships between investors and the African people, Ncube told IPS earlier. “Africa has huge natural resources, and the investors in these natural resources are mainly from outside. We have to examine how these investments can benefit the African people through job creation, protecting the environment, developing African entrepreneurs and using the revenues from resources to diversify African economies.”

Economists, as well as non-governmental organisations, have pointed out that benefits from foreign investment often go to the elite in African countries and to foreign investor companies.

World Bank studies also indicate that since 1980, an estimated 1.4 trillion dollars have left Africa illegally as a consequence of official corruption and other factors. The G7 now seems more prepared to work to increase transparency, which economists say is important for sustainable growth in Africa and other regions.

The government leaders pledged to “continue to work to tackle tax evasion and illicit flows of finance, including by supporting developing countries to strengthen their tax base and help create stable and sustainable states.”

“We renew our commitment to deny safe haven to the proceeds of corruption, and to the recovery and return of stolen assets,” they stated.

NGOs had additionally called for the G7 to focus on the least-developed countries (LDCs) which have seen decreasing levels of official development assistance in the past years, despite rising levels of overall aid in 2014.

The Paris-based Organisation for Economic Cooperation and Development said surveys showed that there was a “worrying trend of declines in programmed aid to LDCs and low-income countries, in particular in Africa.”

Among the G7 countries, France’s aid decreased almost 10 percent in 2013, due to lower levels of “loans disbursements and debt-relief compared to 2012,” the OECD said. Without these disbursements, the decrease is still over 3 percent, NGOs say.

But there was no mention of official development assistance (ODA) in the G7 statement. Some NGOs said that they would have been happier to see the G7 reiterate their commitment to ODA, but the government leaders did however give attention to health, another issue on which civil society had called for action.

“The Heads of State and Government of the G7 have responded to the challenges of global health, demonstrating a strong commitment to universal access to health, to the reduction of maternal mortality and to the fight against AIDS,” ONE said.

The G7 leaders said they recognised the impact of the GAVI Alliance (Global Alliance for Vaccines and Immunisation) and welcomed its efforts to expand access to vaccines to an additional 300 million children during 2016-2020.

The Alliance will seek replenishment funding at a conference in Germany next year, and the G7 said it reaffirmed its “commitment”, and called on other public and private donors to contribute.