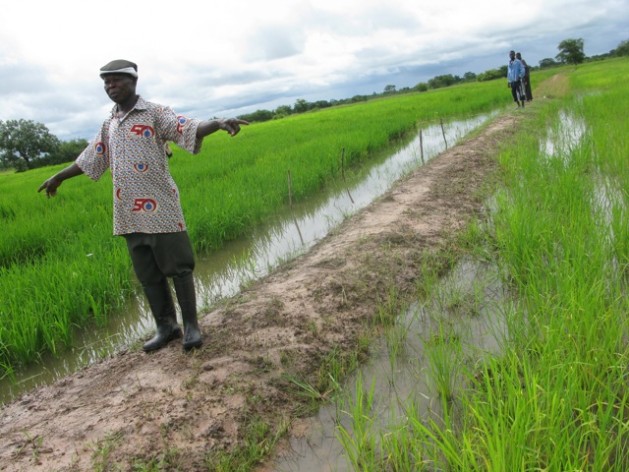 WASHINGTON, May 22 2012 (IPS) - Observers here on Tuesday lauded the newly released Group of Eight (G8) Camp David Accountability Report as a noteworthy step towards transparency and accountability, but warned that the data included suggest a looming shortfall in international agriculture-related foreign aid.

Over the weekend, G8 leaders met at Camp David, a rural retreat near Washington, for an annual summit that this year included a focus on food security, particularly in Africa. On Friday, President Barack Obama unveiled a major new initiative to combat hunger, the New Alliance for Food Security and Nutrition.

Given that the leaders represent several of the world’s richest countries, which collectively contribute a large share of global aid each year, many observers were particularly interested in seeing the new report. Publicly released only at the end of the summit, the document offers an usually detailed look at how successful various countries have been in disbursing agriculture-related aid monies in recent years.

The summit marked two important milestones. First, it has been three years since a G8 meeting in L’Aquila, Italy, where President Barack Obama spearheaded an effort to significantly increase agriculture-related aid, which had lagged precipitously since the 1980s.

That effort pledged some 22 billion dollars over three years, commitments that are to come to an end at the close of this year. The New Alliance thus constitutes the next phase of the L’Aquila agreements.

Second, the summit marked the latest in a series of increasingly detailed G8 accountability reports, a process that began at the groundbreaking G8 summit in Gleneagles, Scotland, in 2005.

While these reports have disaggregated financial commitments in the past, at U.S. urging this year’s document explored non-financial commitments as well. In particular, it took into account the so- called Rome Principles, a fivefold framework created at L’Aquila aimed at better aligning donor contributions with countries’ own agriculture plans.

The scope of this year’s report has received unusually widespread praise from watchdog groups. At the same time, such a deep offering of aid information has uncovered some notable gaps.

“The report … identifies a huge unfinished agenda,” says Katie Campbell, an analyst with ActionAid USA and the author of a new policy brief on the Camp David Accountability Report.

“Three years after L’Aquila, as G8 pledges are set to expire, half of all poor county agricultural development plans remain unfunded. But the G8 are relying on a false premise that the private sector can fill this gap when in fact sustained and expanded public investment in smallholder farmers is urgently needed.”

According to ActionAid, G8 donors have disbursed only around 49 percent of their commitments thus far. As important, aid agencies appear to be making little progress in aligning their funding streams with recipient countries’ own plans, as stipulated under the Rome Principles.

“As of 2010, only 20 percent of L’Aquila donors’ overall aid to agriculture was provided to the 30 low income countries with country investment plans,” according to the ActionAid report.

Unfortunately, this figure contrasts sharply with what was reported in the G8 report, which suggested 90 percent alignment behind the country plans, albeit with a 2011 timeframe.

This discrepancy could underscore one of the clear disadvantages of relying solely on self-reporting.

“Overall we are quite positive on this report, but going forward there is a clear need for independent analysis of these activities,” Ben Leo, global policy director for ONE, an anti-poverty advocacy group, told IPS.

“For instance, we’re going to need to look much more closely at this 90 percent figure. Moreover, even if these donors are aligned with the country programmes, we need to assess whether they are actually supporting the priority activities within those plans – things like farm inputs and rural infrastructure that will create access to markets.”

Perhaps most critical surrounding the New Alliance is looking not to the past but to future funding.

The G8 report clearly states that “national agriculture investment plans are still underfunded by about half”. In this, according to ActionAid, the G8 highlights the right problem, but relies too heavily on a problematic solution: the private sector.

Most agree that the private sector does have a crucial role to play in funding agriculture-related initiatives in Africa. But, ActionAid points out, the 30 national agriculture investment plans in Africa call for private-sector investments to make up less than five percent of the total funding required.

In accordance with the Rome Principles, then, the private sector should be depended on to play a relatively small role in funding the New Alliance initiatives.

“The private sector has a role – but the (G8 report) oversells it,” ActionAid states. “Only a portion … would likely end up well aligned with country strategies given that the private sector inherently focuses first on profitability, then on development impact.”

Given the importance that the G8 report clearly places on accountability, it is also difficult to understand how a significant increase in private investment could meet a similar level of scrutiny.

Private-sector entities “don’t answer to other G8 leaders, they answer to their shareholders,” noted Oxfam’s Porter McConnell in a recent blog post. “Their pledges are strictly voluntary. For the new food security initiative to succeed, all pledges must have a clear accountability mechanism, or else the initiative will get stuck at the trail head.”