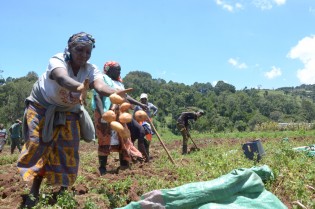 By Robert Kibet
Armed with twigs and placards, enraged residents from a semi-pastoral community 360 km north of Kenya’s capital, Nairobi, protested this week against wanton destruction of indigenous forest – their alternative source of livelihood.
Next Page »
ADVERTISEMENT ADVERTISEMENT