LONDON, Jul 22 2015 (IPS) - The formal opening of the BRICS Bank in Shanghai on Jul. 21 following the seventh summit of the world’s five leading emerging economies held recently in the Russian city of Ufa, demonstrates the speed with which an alternative global financial architecture is emerging.

The idea of a development-oriented international bank was first floated by India at the 2012 BRICS summit in New Delhi but it is China’s financial muscle which has turned this idea into a reality. 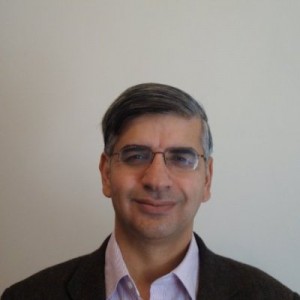 According to the 43-page Ufa Declaration, “the NDB shall serve as a powerful instrument for financing infrastructure investment and sustainable development projects in the BRICS and other developing countries and emerging market economies and for enhancing economic cooperation between our countries.”

The NDB is led by Kundapur Vaman Kamath, formerly of Infosys, India’s IT giant, and of ICICI Bank, India’s largest private sector bank. A respected banker, Kamath reportedly said during the launch that “our objective is not to challenge the existing system as it is but to improve and complement the system in our own way.”

The launch of the NDB marks the first tangible institution developed by the BRICS group – set up in 2006 as a major non-Western bloc – whose leaders have been meeting annually since 2009. BRICS countries together constitute 44 percent of the world population, contributing 40 percent to global GDP and 18 percent to world trade.

“Our objective is not to challenge the existing system as it is but to improve and complement the system in our own way” – Kundapur Vaman Kamath, head of the New Development Bank (NDB)

In keeping with the summit’s theme of ‘BRICS partnership: A powerful factor for global development’, the setting up of a developmental bank was an important outcome, hailed as a “milestone blueprint for cooperation” by a commentator in The China Daily.

The Chinese imprint on the NDB is unmistakable. The Ufa Declaration is clear about the close connection between the NDB and the newly-created Asian Infrastructure Investment Bank (AIIB), also largely funded by China. It welcomed the proposal for the New Development Bank to “cooperate closely with existing and new financing mechanisms including the Asian Infrastructure Investment Bank.” China is also keen to set up a regional centre of the NDB in South Africa.

If economic cooperation remained the central plank of the Ufa summit, there is also a clear geopolitical agenda.

The Global Times, China’s more nationalistic international voice, pointed out that the establishment of the NDB and the AIIB will “break the monopoly position of the International Money Fund (IMF) and the World Bank (WB) and motivate [them] to function more normatively, democratically, and efficiently, in order to promote reform of the international financial system as well as democratisation of international relations.”

The reality of global finance is such that any alternative financial institution has to function in a system that continues to be shaped by the West and its formidable domination of global financial markets, information networks and intellectual leadership.

However, China, with its nearly four trillion dollars in foreign currency reserves, is well-placed to attempt this, in conjunction with the other BRICS countries. China today is the largest exporting nation in the world, and is constantly looking for new avenues for expanding and consolidating its trade relations across the globe.

China is also central to the establishment of the Shanghai Cooperation Organisation (SCO), a Eurasian political, economic and security grouping whose annual meeting coincided with the seventh BRICS summit. Founded in 2001 and comprising China, Russia, Kazakhstan, Kyrgyzstan, Tajikistan and Uzbekistan, the SCO has agreed to admit India and Pakistan as full members.

Though the BRICS summit and the SCO meeting went largely unnoticed by the international media – preoccupied as they were with the Iranian nuclear negotiations and the ongoing Greek economic crisis – the economic and geopolitical implications of the two meetings are likely to continue for some time to come.

For host Russia, which also convened the first BRICS summit in 2009, the Ufa meeting was held against the background of Western sanctions, continuing conflict in Ukraine and expulsion from the G8. Partly as a reaction to this, camaraderie between Moscow and Beijing is noticeable – having signed a 30-year oil and gas deal worth 400 billion dollars in 2014.

Beijing and Moscow see economic convergence in trade and financial activities, for example, between China’s Silk Road Economic Belt initiative for Central Asia and Russia’s recent endeavours to strengthen the Eurasian Economic Union. The expansion of the SCO should be seen against this backdrop. Moscow has also proposed setting up SCO TV to broadcast economic and financial information and commentary on activities in some of the world’s fastest growing economies.

Whatever the outcome, it is clear that a new international developmental agenda is being created, backed by powerful nations, and to the virtual exclusion of the West.

China is the driving force behind this. Despite its one-party system which limits political pluralism and thwarts debate, China has been able to transform itself from a largely agricultural self-sufficient society to the world’s largest consumer market, without any major social or economic upheavals.

China’s success story has many admirers, especially in other developing countries, prompting talk of replacing the ‘Washington consensus’ with what has been described as the ‘Beijing consensus’. The BRICS bank, it would seem, is a small step in that direction.