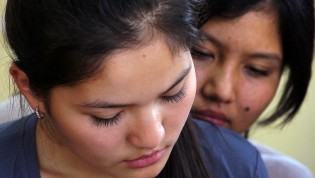 By Kairat Abdrakhmanov
This September, we usher in the post-2015 development agenda with a set of Sustainable Development Goals (SDGs) agreed upon by Member States, with civil society participation, based on national, regional and global consultations.

By Paolo Sorbello
From small villages to big cities, wherever you go in Kazakhstan these days, billboards offer reminders that Astana is gearing up to host Expo 2017, the next World’s Fair. Kazakhstan helped secure the right to host the event with a pledge to emphasise green energy alternatives. But now it appears that Kazakhstan is red-lighting its own green transition.

By Joanna Lillis
Religious life in Kazakhstan features a glaring dichotomy these days. Officials in Astana tout the country as a bastion of toleration, yet they are making it harder for those practicing what are deemed non-traditional faiths to worship openly.
Next Page »
ADVERTISEMENT ADVERTISEMENT