In this column, Hazel Henderson, president of Ethical Markets Media (USA and Brazil) and author of 'Mapping the Global Transition to the Solar Age' and other books, writes that advertising need not necessarily be manipulative – it can be a powerful force for educating, inspiring and showcasing the best innovations for growing more inclusive, greener, knowledge-rich and sustainable societies.

ST. AUGUSTINE, Florida, Jun 20 2015 (IPS) - Challenges to advertisers and marketers arose in the past century. Critics deplored the role of cigarette marketers who exploited the aspirations of women by associating smoking with liberation.

Such manipulations were explored by Vance Packard in The Hidden Persuaders (1957), along with Marshal McLuhan’s The Medium is the Message (1967) and Stuart Ewen’s Captains of Consciousness (1974).  The use of subliminal advertising (rapid flashing of product images faster than human cognition) was challenged and the public discussion led to its disuse. 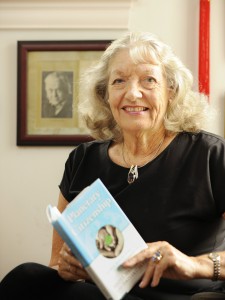 By the 1980s, Ian Mitroff and Warren Bennis described the “deliberate manufacturing of falsehood” in The Unreality Industry (1989), followed by William Schrader’s Media Blight and the Dehumanizing of America (1992), Naomi Klein’s No Logo (1999) and Neil Postman’s Amusing Ourselves to Death (2005).

Political advertising of candidates was likened to selling toothpaste as it emerged in the 1970s and summarized by Charles Lewis in The Buying of the President (1996) and James Fallows in Breaking the News (1996). Today, the gutting of restrictions on money in U.S. elections has led to the well-financed blizzard of attack ads that lead millions of voters to turn off their TV sets in disgust. Media corporations and their TV channels have come to rely on such financial bonanzas during elections.

What this confirms is that advertising influences media owners and the content of programmes and often distorts news coverage, leading to subtle commercial censorship rarely recognised as a threat to free speech in the U.S. Constitution’s First Amendment.

I summarised these issues a few years ago in an interview in Forbes magazine on why I founded the EthicMark Awards for “advertising that uplifts the human spirit and society”.

These Awards recognise that advertising, a global 500 billion dollars a year  industry, can be a powerful force for good beyond consumerism, in educating, inspiring and showcasing the best innovations for growing more inclusive, greener, knowledge-rich and sustainable societies.

The newest challenge to advertisers comes from Silicon Valley with the many apps that allow users to skip and block ads, including AdBlockPlus (downloaded 400 million times), as well as add-ons to Chrome and Firefox browsers.  Ad block users have grown to 200 million a month, according to PageFair and The Economist.

Advertisers could redeem their reputations and business models via Truth in Advertising Assurance Set Aside (TIAASA) which would disallow their tax exempt funds on false advertising and then award these funds to civic challengers to hire ad agencies to prepare counter-advertising campaigns.

All this highlights the growing vulnerability of media business models in the United States, other industrial societies and worldwide.

Many new media business models which no longer rely on advertising are debated in The Death and Life of American Journalism (2010) by Robert McChesney and John Nichols who compare media access policies in many countries which subsidise investigative journalism, such as Britain’s BBC.

In the United States, foundations support news organisations such as the National Geographic, the Center for Public Integrity and ProPublica, and media outlets such as the Columbia Journalism Review. The American Prospect and The Nation are largely funded by subscribers as well as PBS and NPR in broadcasting, along with many internet-based media such as The Real News Network.

Google banned ad-blocking apps in 2013, yet alternative web-browsers such as UC Browser already claims 500 million users, mostly in China and India, and Eyeo launched its ad-blocking browser available for mobile devices running Google’s Android.  These battles will rage on until legal systems – always lagging behind technology – catch up.

Two reports from the Aspen Institute’s Communications and Society Program led by Charles Firestone – “Navigating Continual Disruption” and “The Atomic Age of Data” – discuss the digitisation of ever more sectors of industrial societies and the internet of things (IOT).

In the United States, the monopolising of internet access by Comcast, AT&T and Verizon has restricted broadband access to millions in less affluent, rural communities and prevented small towns from competing with public broadband systems, as reported by the Center for Public Integrity and Susan Crawford in Captive Audience (2013).

The good news follows the analysis and proposals of Kunda Dixit in DatelineEarth: Journalism as if the Planet Mattered (IPS, 1997) and includes Dan Gillmore’s We the Media (2004) on grassroots journalism; David Bollier’s In Search of the Public Interest in the New Media (2002); Democratizing Global Media (2005); Making the Net Work: Sustainable Development in a Digital Society (2003) from Britain’s Forum for the Future; and Jaron Lanier’s Who Owns the Future? (2013). (END/COLUMNIST SERVICE)