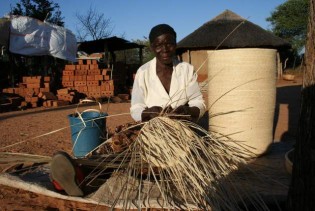 By Johan Galtung
Humanity has had and has big projects. Mastery of nature is one, still going on. Middle range phenomena have been mastered, but not the micro level of viri–HIV is a current case–nor the macro level of climate–to the contrary, humanity is making it worse.

By Johan Galtung
The last one hundred years life expectancy has increased by about 25 per cent-from near 80 to near 100-in some countries. But, instead of increasing playful childhood, education, work and retirement by 25 per cent, the age of retirement has moved much less than the age at death.

By Johan Galtung
The US mountain, so rich in human talent, labored and produced the two dwarfs for the huge job. A radical Republican strongman[i] and a conventional Democrat, disliked by 62% and 67%–bad for electing the president of a country that still puts some stamp on the world.

By Johan Galtung
The vote turned out like the two referenda held in Norway in 1972 and 1994. And much for the same reason: Protestant break with Rome–Catholic, imperial–Henry VIII made himself head of the Anglican Church in 1534.

By Johan Galtung
Like the Israel-Palestine conflict, the world has gotten tired of it, “what, the two Koreas still unable to sort it out”? Also, like Israel-Palestine, the USA is in it; making the situation complicated.

By Johan Galtung
China is changing world geography, or at least trying to do so. Not in the sense of land and water like the Netherlands, but in the sense of weaving new infrastructures on land, on water, in the air, and on the web.

By Johan Galtung
There is much in a name. Ukraine means borderland. The position of the extreme West - like U.S. neocons - is clear: get all into NATO, encircling, containing, defeating Russia.

By Johan Galtung
In a passage in Charles Darwin’s The Voyage of the Beagle, he condemns an egalitarian native people at the tip of South America to remain primitive.

By Johan Galtung
Political terrorism failed. The House Republicans used voting in one chamber to put the livelihoods of millions of people inside and outside the U.S. at risk, for their own political goals. And made the mistake of most terrorists, non-state or state: when people suffer they will join us, against our enemy; to find out that people turn against the terrorists instead.

By Johan Galtung
Nobody has brought this simple message to the world like the Perdana Global Peace Foundation in Kuala Lumpur, Malaysia. As the leader, Mahathir Mohamad, Malaysia's fourth prime minister, says: "Peace for us simply means the absence of war. We must never be deflected from this simple objective".
Next Page »
ADVERTISEMENT ADVERTISEMENT