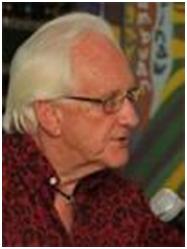 Violence-prone fundamentalist evangelical Christians are still on top of the USA and some Nordic countries; but much less in ritualistic Catholic-Orthodox Christianity, meaning by far most of Europe.

Beauty of worship, the psychology of confession, less verbalism; all help.

Secularism makes faith so metaphorical for many that Christianity becomes only a ritual for Christmas-Easter, baptism-marriage-funeral (if there are no secular alternatives). Result: empty churches.

Our secular age makes literal faith in dogmas difficult, and that tears at the faith. But this is where two major differences enter:
• Islam is much less dogmatic, there is much less to tear at, only the readily acceptable shahada, faith in one Alla’h and his prophet Muhammad;
• If that faith turns metaphorical, Islam has the other four pillars of Islam to fall back upon: prayer together, sharing, fasting, pilgrimage, every day, a whole month every year, once a life.

The point of gravity in Islam moves more easily from faith to practice; and may stop there. There is much built-in outer practice that will survive a decrease in inner faith. Result: full mosques.

Moreover, the four pillars are compatible with key secular values:
• prayer together: with more we-, less I-culture less loneliness;
• sharing: with more altruism, less egoism;
• fasting: with more solidarity for those in misery and self-control;
• pilgrimage, with the sharing of something sacred, above our selves.

A “good Muslim” does all that; what does a “good Christian” do? Going to mass and to the confession booth are church, not social, answers. The clear social answer is monastic orders, monks and nuns dressing, living apart from others, doing Samaritan work. Others are invited to do the same, but where-when-how? Easier leaving it to the state.

The West should stop talking about jihad and jihadism as “holy war”, even if also abused by some Muslims, and try to understand[i]. Jihad means “to strive, exert oneself in the path of God”[ii].

There are four aspects: inner, greater jihad fighting the evil in oneself; spreading Islam by the word; by good deeds, like honest business; and defensive jihad if Islam is trampled upon with moderate retribution. No aggression: “Fight in the way of God against those who fight you, but begin not hostilities. Lo! God loveth not aggression.” (Qur’an 2:190).

God is divine, King semi-divine as rex gratia dei, Fatherland not. The gap between Christianity and secular Fatherland has been bridged by preventive war as sacrament[iii]; reactive war against attack not needed. In EU, however, there is a mix of Fatherlands with no King and no God. Hence Br-exit for her to continue to Rule the Waves, for God or not.

They would be right because people who profess democracy also often go to war. And they would be wrong by missing the whole idea. Like “jihadism”, “democratism” would locate the cause of war on the other side, and not in the relation between them; making the relation even worse instead of appreciating the profundity.

Christians give to Caesar that of Caesar and to God that of God, opening for secularism. Islam does not, but moves from fundamentalist true faith to ritualistic true practice are compatible with secularisms.

Such as democracy, in Muslim Egypt and Turkey; Islam embracing “all equal under the law” as a special case of “all equal under Alla’h”. USA did not like it but preferred a military coup. To Washington, national evangelist, “true” democracy means “pro-USA” democracy.

How about IS, is it more I for Islamic faith, or more S for State with institutions for the other four pillars? It could be both, making transitions from true believers to true ritualistic practitioners easy. The problematic word is not “Islamic” but “State”. Pitted against USA and EU IS may take on their attributes; after Brexit more USA than EU.

The historical record is terrifying and long-lasting, including:
• Islam expanding East-West to the Iberian peninsula 711-1492, north but beaten at Tours (732), Lepanto (1571), Vienna (1683); stopped in the Balkans;
• The Catholic Christian Crusades 1095-1291 against Muslims but also against Orthodox Christians and Jews;
• Three centuries across the Mediterranean to Barcelona-Genoa-Napoli to catch Christian slaves for heavy road work[iv];
• West colonizing Islam (except Iran) 1830-1960, starting with Algeria;
• The massive US-led coalitions attacking in Afghanistan from 2001 and in Iraq from 2003 with 9/11 as a pretext, killing, displacing millions;
• IS now killing a small fraction, as retribution with moderation[v].

Six violences, three by each. The first four lasted centuries, a bad omen for the last two. But have a second look. In the first two the two religions played major roles; in the last two the state system, United States vs Islamic State[vi].

State wars are shorter; decades, not centuries. However, the wisdom of challenging US as an Islamic state rather than as an invincible ummah with provinces can be disputed[vii].

We have given reasons that Islam will survive secularization better than Christianity, having much to fall back upon; how about IS vs US?

Christianity, however, is split between Latin and Anglo America, US and EU, Catholic-Protestant and Orthodox Europe–much more than Sunni vs Shia and Arab vs non-Arab. And local churches are more for spiritual, not also for mundane affairs[viii].

On top of that: the world, even USA, is tired of endless warfare. Let Islam settle. The West and Christianity have serious work to do.

[i]. Gary Wills, the famous columnist, took the trouble to understand: “My Koran problem”, NYRB, 24 March 2016. His Koran problem was that he knew nothing: “–we Christians begin with the greatest deficit of knowledge /whereas/those who know the Koran have quite a lot of knowledge about Torah and Gospel, since Allah sent them both to earth before he sent the Koran.–we Westerners cannot even remember it unless we learn something about the Koran. It’s about time”. Indeed.

[ii].Professor Mohammad Hashim Kamali, chairman of the International Institute of Advanced Islamic Studies in Malaysia, in a lecture and in articles like “Concept of ‘jihad’ misunderstood”, New Straits Times 14 July 2014.

[iii]. Look at who comes to the funerals of Norwegian soldiers with mandate to kill in Afghanistan: the King, top bishops.

[v]. Sarah Birke, “How ISIS Rules”, NYRB, 5 Feb 2015: armed resistance being difficult, the alternative from the inside was silent resistance, or migration. Or what we have now, open US/IS warfare.

[vi]. But religious discourse did not wither away, here are two:
* George Bush 10 Feb 2003, on a possible attack on Iraq: “Liberty is God’s gift to every human being in the world”. (Washington Post, 10 Feb 2003);
* Osama bin Laden 11 Feb 2003: “victory comes only from God, all we have to do is to prepare and motivate for jihad”. Audio message conveyed by jorgenj@peace.uit.no.

[vii]. For a deep analysis of the present situation, see Abbas Aroua, “The Salafiscape in the Wake of the Arab Spring”, www.cordoue.ch.

[viii]. In a play, Maria og Magdalena; Lidelseshistorien og kristen=dommen (the Passion Story and Christianity) Oslo: Kolofon 2016, this author tries to liberate Crist, driven by conscience and compassion, from the Church as Mary’s son, not God’s begotten by the Holy Spirit–as inspiration for us all.