While experts acknowledge that addressing the coronavirus is an urgent issue for Iraq's new government, there remain concerns that other long-standing issues might be of higher priority. 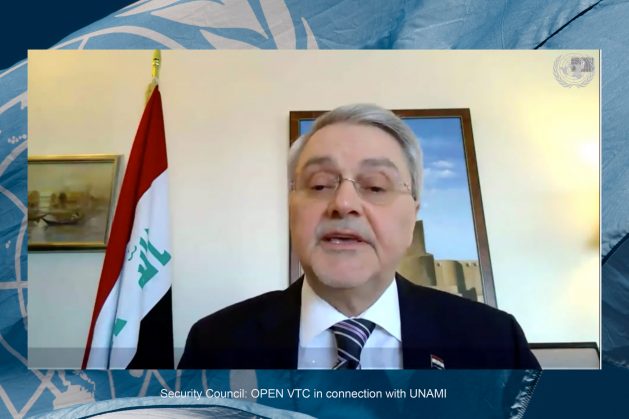 UNITED NATIONS, May 13 2020 (IPS) - Iraq’s newly-announced leader has brought hope to a country embroiled in a 17-year-long conflict, but authorities must ensure that issues such as swift and rapid response to COVID-19, security concerns, and corruption among others are addressed with urgency, experts said on Tuesday.

The government of Prime Minister Mustafa al-Kadhim, which was announced last week, is “a long- overdue but very welcome development,” Jeanine Hennis-Plasschaert, the Special Representative of the Secretary-General for the United Nations Assistance Mission for Iraq, said at a briefing on May 12.

Hennis-Plasschaert lauded the new government’s agenda to address a wide range of issues and added, “Iraq does not have the luxury of time, nor can it afford destructive petty politics.”

Al-Kadhim has said a key priority for his government is to address the current coronavirus pandemic and investigate cases of those who killed protesters in the last few months, Al Jazeera reported on Thursday.

While experts acknowledge that addressing the coronavirus is an urgent issue, with almost 3,000 cases and 112 deaths in the country, there remain concerns that other long-standing issues might be of higher priority.

“While the pandemic remains a serious issue, most Iraqi citizens are more concerned by the possibility of not being able to meet basic livelihood needs, in particular in light of the collapse of oil revenue,” Hassan Mneimneh, a scholar at the Middle East Institute (MEI), told IPS after the briefing. “The spread of COVID-19 has so far not been devastating, which complicates the effort of sensitising the general public to its seriousness.”

At the briefing, in welcoming al-Kadhim’s government, Hennis-Plasschaert further reiterated that containing the spread of the virus should be the top-most priority, especially since the Iraqi health system was “already near breaking point before the coronavirus outbreak”.

But realistically, this might not be as easy as it has been for other countries. As Mneimneh said, “A sustained total lockdown is not practical or enforceable, [and] contact tracing is virtually impossible, but some forms of social distancing and mandating masks in public may be possible.”

He added that an information campaign could be extremely crucial in order to contain the spread in the country.

Meanwhile, Hennis-Plasschaert reiterated the United Nations Secretary-General António Guterres’ plea for a ceasefire in late March in light of the coronavirus pandemic. But with the Islamic State’s activities, Mneimneh said the issue is more nuanced than a straightforward answer.

“Note that the Islamic State terrorist group will certainly not abide by any such call, and therefore a sustained fight against it is necessary,” said Mneimneh, whose work has a special focus on radicalism and factionalism.

A massive highlight in the new government, however, is the glimmer of hope for minority communities and women. At the briefing, Hennis-Plasschaert said minority communities and women must have a representation in the government, which Mneimneh said is likely given al-Kadhimi’s reported record of “deliberate and pro-active attention” to both demographics.

“This is the moment of reckoning after 17 years of mismanagement and neglect,” Mneimneh said of the new government, highlighting the importance of the people of Iraq in driving through the new force of change, a sentiment also echoed by Hennis-Plasschaert.

“[Al-Kadhimi] assumes his responsibilities while Iraq undergoes its most acute existential crisis — with an empty treasury, grim outlook for revenue, and a potentially devastating public health crisis,” Mneimneh said. “The efforts of all Iraqis and friends of Iraq are essential to avoid the fall into the abyss.”