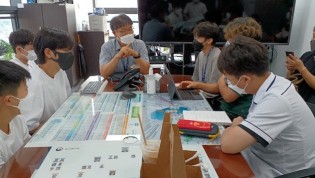 By Thalif Deen
When U.N. Secretary-General Ban Ki-moon, a former foreign minister of South Korea, met with Psy last October, he jokingly told the wildly popular rapper that he was "a bit jealous" of him.

By Samuel Koo
Gazing over the ocean somehow puts a human being at peace with the world. To build a home with a view of the sea is the dream of many. The expanse of water, the beach, and tide magically draw us to them.
ADVERTISEMENT ADVERTISEMENT