YEOSU, Korea, Jul 9 2012 (IPS) - Gazing over the ocean somehow puts a human being at peace with the world. To build a home with a view of the sea is the dream of many. The expanse of water, the beach, and tide magically draw us to them. 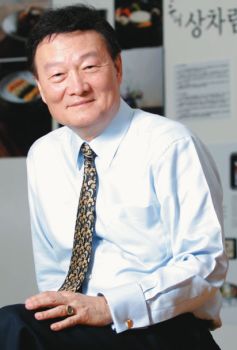 One hundred years ago a stroll along the shoreline almost anywhere in the world would have been a pure experience, clean and invigorating whether the ocean was calm or crashing with waves. Today, the same cannot be said.

The world’s coasts, oceans and the creatures that inhabit them are suffering, and man is the irresponsible culprit. A beachcomber today is less likely to discover seashells washed up on the shore than he will shards of plastic.

Pollution, whether from enormous oil spills or the casual dumping of garbage, has spoiled the ocean bottom and formerly pristine regions where the sea meets the land.

Vast stretches of coastline have been dredged and reengineered to create arable land, destroying the habitats of birds, shellfish and other coastal life in the process. Industrial fishing fleets with nets laid for kilometres scoop up fish, driving them to the point of extinction.

The list of how the oceans are exploited goes on and on. It’s not too much to say that we face a fundamental ecological crisis that threatens our very lives.

And while we crave a quiet walk along the life-giving sea and the moment for reflection it offers, how much thought do we give to what is at risk?

The Korean government, along with 104 countries and the United Nations, are confronting this great question and much more at a three-month-long world’s fair in Yeosu on the south coast of the Korea peninsula.

You would be hard pressed to find a better place to hold an international exposition on the importance of the ocean. Yeosu, once an unheralded port city of 300,000, unfolds from a small harbor.

Along the waterfront sprouts a futuristic Disney-like park that has been welcoming millions of visitors from around the world to explore exhibitions pointing up the delights of the oceans and the dangers they face.

The United Nations has been playing a central role at Yeosu Expo 2012 sponsoring an array of educational programmes to highlight crucial issues such as climate change, the rising sea levels and marine pollution among many others.

Rising sea levels will challenge the very life of coastal communities – rich and poor – across the globe. Before long, small island countries may simply disappear into the water.

Without adequate research and education about the nature of tsunamis, thousands of people will continue to perish as they did following the powerful undersea earthquakes in the Indian Ocean basin and off the east coast of Japan last year.

And security on the seas affects all nations that are dependent on the free passage of trading vessels. International cooperation, with the U.N. as a facilitator, is critical if countries are to safeguard oceans today from criminals on the high seas.

In addition to the exhibits from many countries, the Expo is an “edutainment” site for young and old. The grounds are expansive and fun-filled.

At the heart of the complex is a 12-story-high structure in the shape of an “O,” which spews water, laser lights and beams. It can emit a thin sheet of water upon which videos can be reflected. “O” of course stands for oceans, but also zero, symbolising a beginning in a collective effort to restore the health of the seas.

In the nearly two months since the Expo opened, the “Big O” has become the most popular destination of the visitors.

This centrepiece at Yeosu grounds stands above a massive 60-million-dollar fountain that can be raised and submerged in the surrounding water, all orchestrated by computers. In the public thoroughfare leading from the main entrance, a canopy of digital lights develops the themes of the Expo: ocean conservation and recognition of the perils of climate change.

Whales appear to swim overhead. Two large industrial silos on the grounds, which once stored cement, have been “recycled” and turned into what organisers call the world’s largest pipe organ. Another popular attraction is an enormous aquarium, which will survive after the Expo ends.

Korea’s best-known companies – Hyundai, Samsung, LG, Daewoo and steelmaker POSCO – have invested heavily to promote the ideals of the Expo and to showcase their products, and their advanced design and gadgets have turned out to be very popular too.

The range of activities taking place at the fair is startling: lectures to raise public awareness on the importance the oceans are nearly continuous, singing and dancing groups perform daily, from ballet to symphonic concerts to daily K-pop shows.

The United Nations itself holds a permanent exhibition as well as changing exhibitions involving 24 U.N. agencies and international organisations. It also has fielded attractive stars including Seohyun of the Girls’ Generation.

Achim Steiner, the executive director of the U.N. Environment Programme, states the overall goal of the Yeosu Expo well: “Managing and protecting the ecosystem services of our blue world are part of the transition towards a global Green Economy that will ultimately ensure jobs, eradicate poverty, help us adapt to climate change and maintain the health of our oceans.”

And informal surveys show the Expo, helped by the blanket media coverage, has successfully managed to instil in many the important messages of protecing the oceans and furthering the knowledge of the marine ecosystem.

On the other hand, despite the strenuous efforts to stage an environment-friendly Expo, the result seems mixed at best.

Thousands of plastic water bottles and lunch boxes, and the heaps of promotional brochures, leaflets and souvenirs get thrown into trash bins daily, prompting some to question the wisdom of staging a massive modern-day expo like Yeosu.

At end of the Expo on Aug. 12, dignitaries from around the world, including U.N. Secretary-General Ban Ki-moon, will gather to proclaim the Yeosu Declaration, spelling out concrete action plans to safeguard our seas for posterity.

We know the path of neglect we are on leads to further ruin and the destruction of one of our most important relationships with the planet. Preserving the oceans ranks with the fight to insure there is clean water for all and preserving the rainforests.

Mr. Ban observed recently that the Yeosu Expo highlights “the invaluable services provided by oceans and coasts – from the food we eat to the oxygen we breathe. I hope all who visit the UN Pavilion will come to feel more connected with these indispensable ecosystems – and with the United Nations, too. Let us work together – in Yeosu and around the world – to build the future we want.”

*Samuel Koo, a former international journalist, UN official and cultural diplomat, has spent a career fostering humanitarian ventures in music and the art as well. He serves as United Nations Commissioner-General for Yeosu Expo 2012