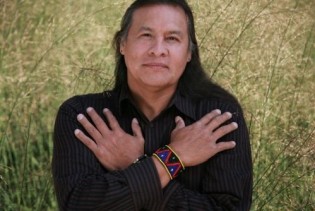 By Isabelle de Grave
Among Tiokasin Ghosthorse's childhood memories is the “reign of terror” that engulfed the Lakota native reservations from 1973 to 1976 following the 72-day indigenous occupation at Wounded Knee.

By Isabelle de Grave
With the International Day of the World’s Indigenous Peoples coming up on Thursday, native communities are increasingly using media to challenge a legacy of stereotypes.

By Isabelle de Grave
Talks to develop greater control of the arms trade have cast a glaring spotlight on the role of diverse countries in fuelling conflicts worldwide, offering governments a historic opportunity to rein in the flow of weapons.

By Isabelle de Grave
Reducing the risks associated with chemical, biological, radiological and nuclear (CBRN) threats is the goal of a new multi-country initiative known as the Centres of Excellence (CoE).

By Isabelle de Grave
"When I was still at school I was abducted by the Lord's Resistance Army, along with 139 other girls," says Grace Akallo. "I spent seven months in captivity, but I survived, I escaped and I went back home."

By Isabelle de Grave
Unlocking women's energies and allowing them to become drivers of change could fuel the motor of sustainable development.

By Isabelle de Grave
With the international community vowing to ratchet up pressure on the Syrian government, non-violent activists say they remain undeterred even as the situation seems to be deteriorate daily.

By Isabelle de Grave
Irreversible environmental damage threatens to destabilise the world's life-support systems unless urgent action is taken, according to the latest Global Environment Report (GEO-5) which looks to the Rio+20 summit as a crucial opportunity to halt this decline.

By Isabelle de Grave
Lawsuits from major tobacco corporations challenging anti-tobacco policies all over the world underscore the ever greater need for a global crackdown on tobacco use, for the sake of both public health and global development goals.

By Isabelle de Grave
Amnesty International delivered a scathing condemnation of global and national leadership in its 2012 global human rights report on Tuesday, conveying profound disappointment in such leadership for its failure to match the determination and resilience of ordinary civilians in their resistance to repressive regimes.
ADVERTISEMENT ADVERTISEMENT