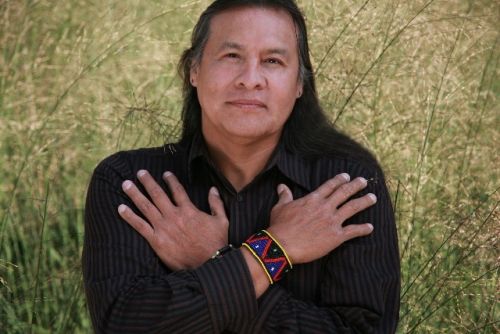 UNITED NATIONS, Aug 10 2012 (IPS) - Among Tiokasin Ghosthorse’s childhood memories is the “reign of terror” that engulfed the Lakota native reservations from 1973 to 1976 following the 72-day indigenous occupation at Wounded Knee.

The protest culminated in an armed standoff between the federal government (the FBI, U.S. marshals, and Bureau of Indian Affairs police) and Native American communities.

Following the incident, a period of intense local surveillance by the FBI ensued.

At the time, “Many were afraid of the government and of white skin. You were victimised if you had long hair and spoke indigenous language. You were persecuted if you stood up to the government or the Bureau of Indian Affairs,” Tiokasin, a Lakota Sioux who grew up on the South Dakota Cheyenne River Reservation, told IPS.

“But the native people stood up, and the more you stood up the more the government harassed you, turned you into a militant or a terrorist.

“It was a time when we were not allowed to sing our songs, speak our language, or pray,” he said.

Tiokasin is now a presenter for the First Voices Indigenous Radio Programme at the World Broadcasting Association Inc. (WBAI) in New York City. A master of the cedar-wood flute, Tioakasin’s activism is rooted in the power of radio and the language of music.

In 1978, Native American communities were granted legal recognition of their right to exercise spiritual freedoms, in the American Indian Religious Freedom Act.

But to this day Native American spiritual practices are caught in a quagmire of oppositional claims between the government and indigenous communities.

Whilst indigenous communities lay claims to sovereignty over sacred lands and freedom to practice spiritual lifeways, the government claims legal ownership of land, crucial to its ability to exploit oil and mineral resources.

According to the 12-day research project carried out this year by the U.N. Special Rapporteur on Indigenous Rights, James Anaya, government authority over land is still justified on the grounds of legislation dating back to the 1930s.

“You can carry a cross around for free but we have to go to great lengths to bury eagle feathers,” Tiokasin told IPS.

“Our way has always been looked upon in a condescending manner, it is not listened to, which is why our culture seems to be dying,” he told IPS.

At the age of 14, Tiokasin left the Cheyenne River Reservation, full of questions and seeking answers.

“Why was this other way of life on a pedestal? Why was it ‘civilised’? Why was it the new and improved way?”

For Tiokasin the answer lies in the distorted image of indigenous peoples as savage and primitive.

Tiokasin’s goal is to revive indigenous culture and ways of thinking and reflect an accurate representation of indigenous ways of life, where aspects of the modern and the traditional intermingle.

“Indigenous radio that I do is one of the keys to getting our story out to the bigger world,” he told IPS.

Tiokasin is critical of mainstream outlets, which “pick up what the government talks about, our diabetes and alcoholism, focusing on the symptoms rather than getting to the root of the problem.”

For Tiokasin, it is a narrow perspective that fails to ackowledge the enduring effects of imposing one culture upon another.

Whilst he draws attention to shocking statistics of poverty and unemployment, which soar above the U.S. average, he also emphasises that there is more to life on the Lakota reservations than the story of destitution.

“It’s very disheartening but yet you see people who are really digging down and making sure that the culture stays” Tiokasin told IPS.

“There are pockets of tradition and resilience out here on the reservation but not too much is being said about them or written about them,” he said.

Tiokasin makes no attempt to whitewash harsh realities. High suicide levels among the Lakota youth, and a recent phenomenon of suicide pacts, have brought a morbid cloud over reservations and tragedy into the homes of many families.

But at the same time, “You see young people in ceremony, trying to sustain traditional practices and the planting of gardens,” he said.

“You find some in remote parts of the reservation with their huts or cabins, and their gardens outside and they know they can go to certain places to pick wild food like berries, vegetables that are growing out here, they know the songs for the plants they put in their garden.

“They have two types of intelligence – one in the American society and one in traditional Lakota society. They carry on a legacy of my generation, and my mother’s generation to survive,” Tiokasin told IPS

For Tiokasin the language of music is key to inter-cultural understanding and cultural survival.

A master of the cedar-wood flute, he has played a key role in reviving the traditional Native American instrument.

He uses his music to convey an understanding of Lakota culture, often blending contemporary European instruments and indigenous instruments.

Like the Lakota language, “The music enhances the language of our hearts,” it is about feeling, not about rationalising or thinking with our heads, he says.

In Lakota, there is no word for domination, and no word for exclusion, and the music reflects this vocabulary.

The instruments enter into a relationship, where neither sound is imposed upon the other, but both influence and enhance the other.

Through the echoing presence of an indigenous sound, Tiokasin seeks to “remind people through music where they really come from”.

When people hear the music, many have said “they feel something ancient in themselves,” he told IPS.

“All of us are indigenous to Mother Earth, it’s just that we’ve forgotten how to be indigenous,” he said.