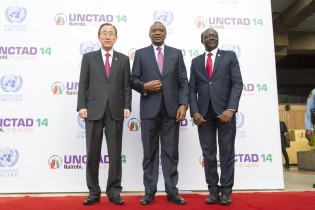 By Aileen Kwa
The current discourse on Global Value Chains by key proponents and also the World Trade Organisation (WTO) secretariat is that developing countries should liberalise - in goods and services - and conclude a trade facilitation agreement.

By Thalif Deen
- The Geneva-based U.N. Conference on Trade and Development (UNCTAD), described as a key forum for developing nations on issues relating to trade, investment and development, will have a new secretary-general come September.

By Martin Khor
The issue of foreign debt has made a major comeback due to the crisis in Europe, in which many countries had to seek big bailouts to keep them from defaulting on their loan payments. Before this, debt crises have been associated with African and Latin American countries. In 1997-99, three East Asian countries also joined the indebted countries' club.