GENEVA, Dec 17 2012 (IPS) - The global economy weakened significantly towards the end of 2011 and further downward pressure emerged in the course of 2012. The growth rate of global output, which had already decelerated from 4.1 percent in 2010 to 2.7 percent in 2011, is expected to slow down even more in 2012 to around 2.3 per cent. Developed economies as a whole are likely to grow by only slightly more than one per cent in 2012, owing mainly to the recession currently gripping the European Union (EU). 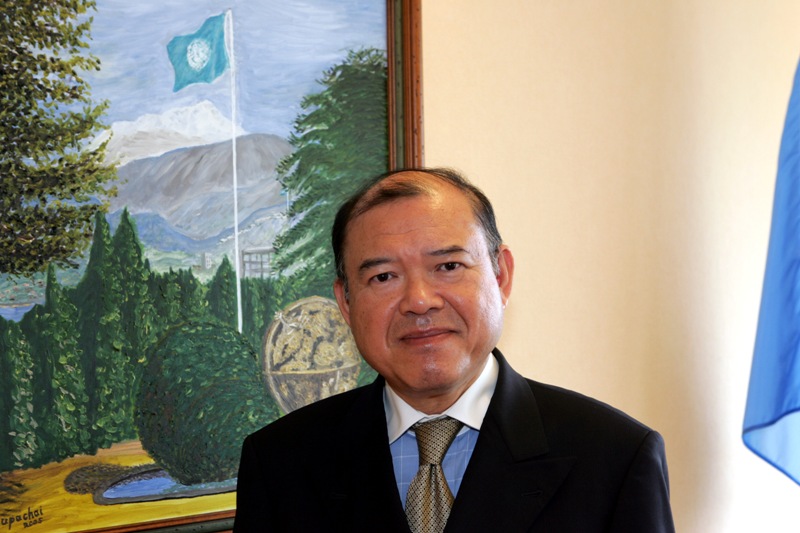 This contrasts with a much stronger performance in developing and transition economies, where growth should remain relatively high, at around five and four percent respectively. However, even in these economies growth is losing steam, showing that they cannot avoid the impacts of economic troubles in the developed countries.

On top of already weak private demand, fiscal tightening has been adopted in several developed countries with a view to reducing public debt and restoring the confidence of financial markets. However, these policies have further weakened domestic demand and growth, which is detrimental to the goals of fiscal consolidation and improved confidence.

Some governments are trying to stimulate growth through increasing exports, and are working to improve their competitiveness by reducing nominal wages and other costs. For several European countries within the monetary union, this would be the way to achieve a real devaluation. The danger with this policy is that it will severely damage domestic demand before it can help to regain competitiveness, thus putting into question the adjustment process.

Developed economies should therefore change the focus of their policies from fiscal consolidation and internal devaluation to restoring growth, because this is the only way in which they can avoid a recurrence of a financial and fiscal crisis. Countries with larger fiscal space and current account surpluses should take the lead by expanding their domestic demand. This would be in line with their commitments at the last G-20 Summit, and contribute to a growth-friendly global rebalancing.

Most developing and transition economies have actually supported their growth by encouraging domestic demand and pursuing countercyclical policies, including the provision of fiscal stimulus and expansionary credit. They have also succeeded in preventing a significant rise in unemployment, and have enabled the continued growth of real wages. All this, together with public transfers in several countries, has promoted private consumption, and consequently, productive investment, even though this has not always been sufficient to avoid growth deceleration.

Indeed, the developing and transition economies are being affected by slow growth or economic contraction in the developed countries. This is reflected in stagnating export volumes to those markets and a declining trend in commodity prices since the second quarter of 2011.

Moreover, financial instability and excessive reliance on monetary policies in developed countries is affecting financial flows to emerging market economies and adding to the inherent volatility of commodity prices.

Therefore, the risk of a new major shock in global financial markets cannot be excluded, with a potentially large impact on international trade volumes, asset and commodity prices, risk spreads, capital flows and exchange rates, all of which would affect developing and transition economies.

Some governments are looking to implement structural reforms to overcome the crisis. The United Nations Conference on Trade and Development (UNCTAD) has always supported the need for structural reforms, since no development process can happen without changes in economic and social structures. However, today, structural reforms are often focused on attempts to introduce greater labour market flexibility.

Yet, such reforms would undermine the incentives for investment and innovation. Indeed, if less efficient firms can compensate for their lower profits by cutting wages, they are not forced to increase their productivity to survive and expand. Such reforms also threaten to further undermine domestic demand. In order to revitalise sustained growth, governments must take measures to reduce income inequality, by assuring the participation of all social groups in productivity gains stemming from economic and technological advancement.

Labor market reforms are not a way out of the crisis, because the crisis did not originate in the labor market. Additionally, structural policies cannot be a substitute for pro-growth macroeconomic polices. Structural reforms have to address the very roots of the present crisis, namely the fragility of the financial system and the trend towards increasing income inequality.

In contrast, the structural reforms being adopted by a number of developing countries have tended to create or reinforce social safety nets and to expand the role of public policies for supporting investment and structural change. Most of these measures are countercyclical, as they aim to safeguard employment and support economic activity in troubled times.

The renewed fragility of the world economy, and the growing downside risks, including for developing countries, have brought us to the brink of a second recession. The developing countries cannot bear the burden of supporting global growth alone. Urgent action is therefore needed to restore growth, particularly in the developed world, and to take measures to prevent a recurrence of the financial and economic crisis. (END/COPYRIGHT IPS)

Supachai Panitchpakdi is the secretary-general of the United Nations Conference on Trade and Development (UNCTAD).