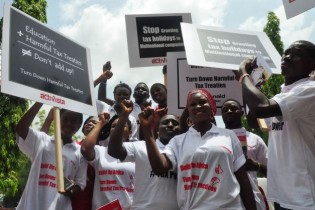 By Manuel F. Montes
Four years ago, UN member states proclaimed their ambitions for development in a document named “Transforming Our World”, also known as Agenda 2030. Today, according to several assessments including of the UN’s inter-agency task force on financing for development (FfD) transformation has fallen off-track. It has received too little money, political commitment and action to change the workings of the global economy. Agenda 2030 spells out the Sustainable Development Goals (SDGs) needed to ‘transform our world’.

Public-Private Partnerships as the Answer . . . What was the Question?