Manuel F. Montes is the former Permanent Observer to the UN for and Senior Advisor on Financing and Development of the South Centre 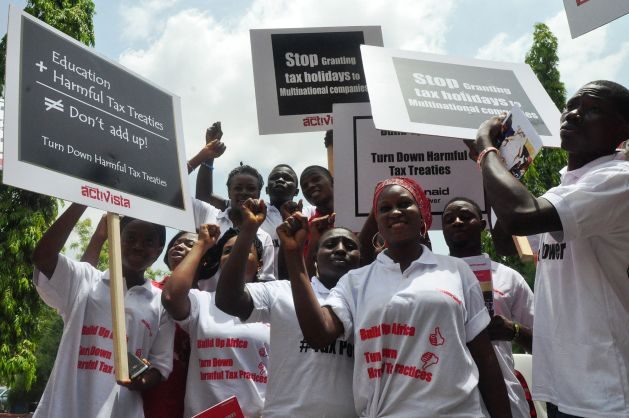 Today, according to several assessments including of the UN’s inter-agency task force on financing for development (FfD) transformation has fallen off-track. It has received too little money, political commitment and action to change the workings of the global economy. Agenda 2030 spells out the Sustainable Development Goals (SDGs) needed to ‘transform our world’.

A cottage industry has arisen to produce estimates of the financial resources required, ranging from $1 trillion to $3 trillion per year. A second industry has emerged around the question of where to get the money.

By one UN estimate, global public and private investment amounts to around $22 trillion a year. It would take a redeployment of about 14% of that to meet the high-end estimate of $3 trillion. Many have questioned whether there is enough money and more have lamented that international aid flows appear insufficient. They miss two critical issues.

The global financial system must be transformed to give priority to real investments in environmentally sound, employment-creating, long-term projects

This is especially true of private investment, much of which is directed at ‘securitization’, or the buying of other financial assets to turn a quick profit rather than supporting longer-term endeavors that boost jobs, welfare, and the environment.

Securitization is the result of decades of financial deregulation and tax cuts on capital gains and is driven by the thirst for large, instantaneous profits. To persuade the private sector to partner in long-term projects with real world benefits involves offering such enticements as a return of 10% or more.

Meeting such guarantees involves subsidies from public resources diminishing the public sector’s ability to make its own SDG investments. This unfortunate logic propels efforts at “impact investing,” “blended finance,” and “private-public partnerships”; Efforts which consume precious public-sector time and analytical resources, and where returns go to private finance, and risks are dumped on the public sector…

Private finance must be freed from the tyranny of asset price-driven financial markets. The logic of short-termism and of offloading risk onto others needs to be overturned. This kind of systemic reform once championed by academics and NGOs is now even taken on by the Financing for Sustainable Development Report, the UN’s ‘bible’ on financing.

Even as private finance begins to evolve to embrace new kinds of risk governments – for all their flaws – will retain the central role in identifying, designing, financing, and completing projects. This means that public finances need to be shored up. The best source of public money is taxation.

ActionAid research shows that where this is through an increase in value-added or other consumption taxes – it may unfairly burden poorer citizens, who spend larger portions of their incomes on buying goods and services.

The current investment regimes endorsed and enforced by the International Monetary Fund and others need to be upended.

Investment treaties and so-called free-trade agreements should no longer protect investors and corporations that make short-term loans (mostly searching for quick profits derived from high interest rates) to developing countries and those who gamble in international markets, using massive sums of money taken from the developing countries. How multinational companies hosted by developing countries are taxed also need to be changed to make possible the ‘reshoring’ of domestic resources.

Rules that allow or encourage companies to shift profits to rich countries or tax havens must be scrapped. Developing countries have faced significant resistance in pursuing global financial and tax reforms, not only from some of the world’s most powerful banks and companies, but also from the governments of the wealthy countries in which those enterprises are headquartered.

But rich-country governments need to become part of the solution. From climate change to widespread poverty and inequality, the problems confronting us are immense and the actions embodied in the SDGs are urgent. Systemic changes are vital to build the foundations on which to ‘transform our world’ in keeping with the vision of Agenda 2030.

*The views expressed in this article are his own.