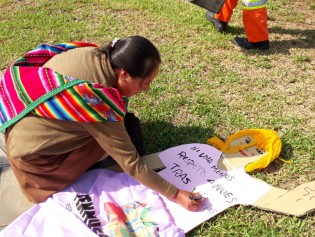 By Daniel Gutman
The forest is the main resource in the Chaco, a vast plain shared by Argentina, Bolivia and Paraguay. And how to use it sustainably is the most difficult question. Two recently inaugurated power plants fired by forest biomass provide a possible answer, although they are not free of controversy.
Next Page »
ADVERTISEMENT ADVERTISEMENT