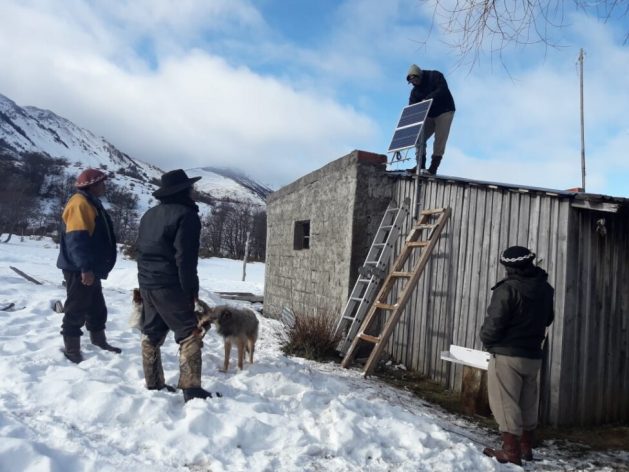 Installation of a solar panel on the roof of an isolated rural house in the southern province of Chubut, during the winter in Argentina's Patagonia region. Renewable sources provide energy to isolated communities that previously could only be supplied by diesel engines, which are more expensive, less efficient and generate greenhouse gas emissions. CREDIT: Permer

BUENOS AIRES, Oct 19 2022 (IPS) - When asked about the impact of incorporating solar energy at the school he runs in Atraico, a remote rural area in the Patagonian steppe in southern Argentina, Claudio Amaya Gatica is unequivocal: “Life has changed, not only for the school but for the whole community.”

The Atraico rural school has been one of the beneficiaries of the Renewable Energy in Rural Markets Project (Permer), a government initiative that for more than 20 years has been supplying electricity to rural communities and towns that are far from the national grid.

"Electricity means independence for people. Especially for women, who usually take care of the goats. With the solar-powered electric fences for goat pastures, women can have more time to devote to themselves or their children." -- Graciela Leguizamón

Only about 20 families live in Atraico, which in the Mapuche indigenous language means “Water behind the stone”, and is located in the municipality of Ingeniero Jacobacci, in the southern province of Río Negro.

The scarcity of water is precisely the main underlying factor of life there, where the villagers raise goats and sheep. Few take the risk of raising cows, which require more and better pastures – not abundant due to the lack of rainfall.

The Atraico school used to have intermittent electricity from a gas generator. Since 2021, when solar panels with batteries began to operate, it has had 24-hour electric power, which also allows it to sustain internet connectivity, benefiting the entire community.

“Of our 15 students, nine are boarders because they can’t go home and come back every day, since they live far from the school,” Amaya Gatica tells IPS from Ingeniero Jacobacci, the municipal capital city, some 35 kilometers from Atraico, where he lives. “Now we can have a refrigerator and washing machine. And the kids can go to the bathroom at night and turn on the light by pressing a switch, which is a new sensation for them.”

“The neighbors come to use the internet. It is nice to see the local residents on horseback sending messages with their cell phones that until recently were sent by radio or by little notes that someone took to the addressees,” he adds. 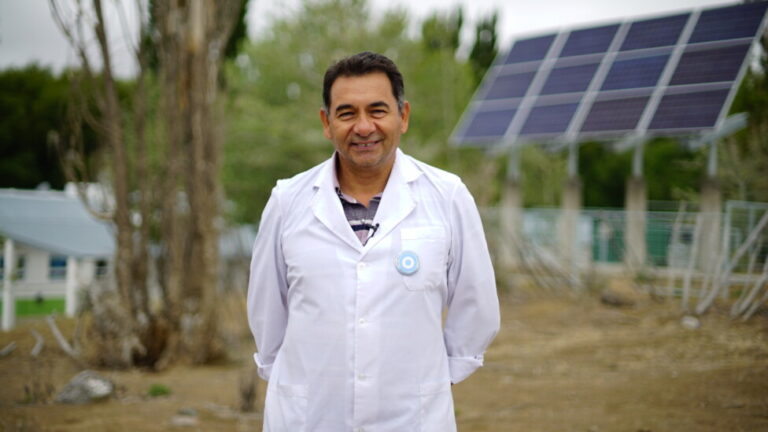 A small livestock farmer in the municipality of La Cumbre, in the Argentine province of Córdoba, checks the small solar panel on his solar-powered electric cattle fence. Electrification allows better management of domestic animals and pastures. CREDIT: Permer

As the government acknowledged, implementation of the program lagged between 2016 and 2019, when only 15 percent of the credit was spent. As a result, it was about to collapse in 2020, when the energy ministry renegotiated with the World Bank and obtained an extension until 2022.

Since then, the awarding of tenders for works in different communities has picked up speed, with the two-pronged objective of improving the quality of life of the dispersed rural population and reducing environmental impacts with the promotion of renewable energies.

According to data from the energy ministry, investments for 163 million dollars have already been made, are in progress or are in the bidding stage. Between the renewable energy generating equipment already installed and the projects under implementation, Permer has reached 41,510 homes and 681 schools, benefiting a total of 345,712 people, according to official figures.

“The program serves a part of the population that lives in remote areas of Argentina and not only lacks electricity from the grid, but also has other needs. The arrival of electric power opens up another panorama for these populations,” Permer’s general coordinator, Luciano Gilardón, told IPS.

The official said that due to the size of Argentina, which with a territory of 2,780,000 square kilometers is the eighth largest country in the world, it is not economically feasible for the national power grid to reach the smallest and most remote communities, so on-site isolated generation is the only possible solution.

“Traditionally, small diesel-fueled engines were installed, which performed poorly. Since 2000, renewable energies started to become cheaper and then they became viable not only for more efficient generation, but also to contribute to a reduction in greenhouse gas emissions,” adds Gilardón in Buenos Aires. 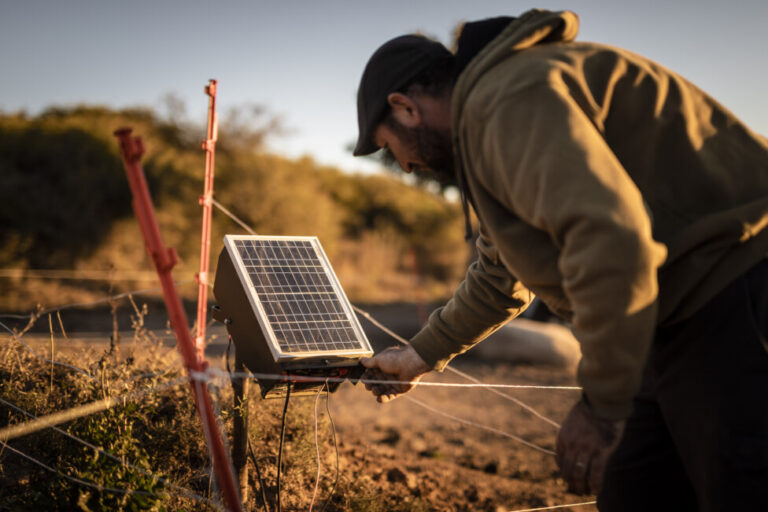 A family poses in front of their home equipped with a solar panel in Potrero de Uriburu, an isolated rural area in the northwestern Argentine province of Salta. The Renewable Energy in Rural Markets Project provides electricity to homes, schools and public offices in remote areas not reached by the national grid. CREDIT: Permer

In addition to homes and schools, Permer beneficiaries include remote public institutions such as primary health care centers, border posts and shelters in national parks.

The program has also been used for agriculture and livestock by small farming and indigenous communities, in the form of solar pumps to extract water from wells and solar-powered electric fence energizers for pastures.

There are 1,500 solar-powered electric cattle pastures in operation and this month the energy ministry awarded a company the supply and installation of another 2,633, in 11 provinces. Fencing the pastures is intended to improve and increase grazing land, reduce losses, protect crops and protect livestock from poaching.

The National Institute of Agricultural Technology (Inta), a public research institution active in rural areas throughout the country, participates in the identification of beneficiaries, the distribution of equipment for productive uses and training in its use.

Graciela Leguizamón, an agricultural engineer and Inta researcher in the province of Santiago del Estero, explains that in many areas of this province in the northern region of Chaco it is very difficult to think of massive public policies for access to electricity and drinking water, since there are rural families whose nearest neighbor is up to four kilometers away.

“Life is rough in those places. Sometimes people travel 15 or 20 kilometers to charge their cell phone batteries. Electricity makes life more friendly, allows children and young people to study, and makes people want to stay in the countryside,” Leguizamón tells IPS from Quimilí, a town in that province.

“Electricity means independence for people. Especially for women, who usually take care of the goats. With the solar-powered electric fences for goat pastures, women can have more time to devote to themselves or their children,” she adds.

The largest project that Permer has undertaken is in the Luracatao valley, located in the Puna ecoregion in the northwest of Argentina, at an altitude of 2,700 meters above sea level. Some 350 indigenous families of the Diaguita and Calchaquí peoples live there, dispersed in nine communities that use candles or kerosene lanterns at night.

A solar park is under construction in the valley that will have an installed capacity of 1.25 MW, with batteries to store the electricity, plus the infrastructure for distributing the electric power because the communities are spread out along 42 kilometers. There are also plans to install a diesel engine for when weather conditions do not permit the generation of solar energy.

The budget, according to information from the government of the province of Salta, is 6.5 million dollars.

“It is a project that, because of its cost, is impossible for a municipality to undertake, and the national and Salta provincial governments have been promising this since the 1980s,” says Mauricio Abán, the mayor of Seclantás, a municipality in the Luracatao valley.

“In recent years, different possibilities for generating electricity with renewable sources were studied, including hydroelectric, thanks to a river in the valley. But in the end it was decided that the best option was solar, because the radiation is very good all year round,” he tells IPS from his home town.

“Today we see the columns and cables being installed and that a project that seemed like it would never arrive is starting to become reality,” he adds.