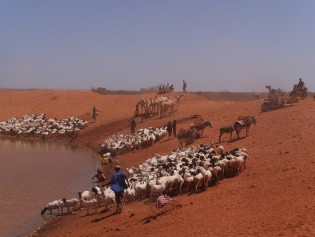 By Leehi Yona
After a one-day summit in the U.S. Arctic’s biggest city, leaders from the world’s northern countries acknowledged that climate change is seriously disrupting the Arctic ecosystem, yet left without committing themselves to serious action to fight the negative impacts of global warming.
Next Page »
ADVERTISEMENT ADVERTISEMENT