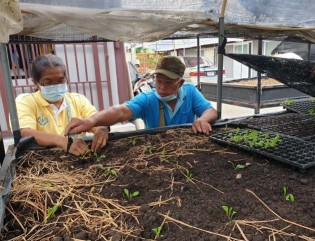 By Simba Shani Kamaria Russeau
Thai women were among the first women in Asia granted voting rights, in 1932. However, when it comes to religion, women in Thailand continue to struggle for equality and social acceptance.

By Simba Shani Kamaria Russeau
Next time you visit Walmart and throw that packet of frozen shrimp in your shopping cart, pause a moment.

By Simba Shani Kamaria Russeau
On the outskirts of the northern Thai city of Chiang Mai, a group of twelve migrant families lives in a makeshift camp comprised of houses constructed from scrap metal.
Next Page »
ADVERTISEMENT ADVERTISEMENT