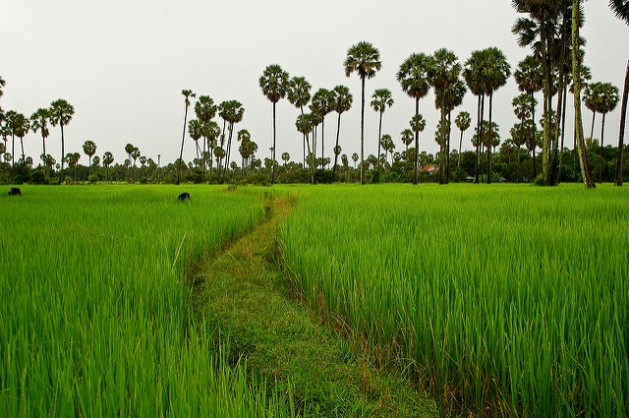 For the government of Thailand, one way to achieve the balance between people, planet and prosperity embodied in the SDGs, is by following a development model based on the Sufficiency Economy Philosophy (SEP) of Thailand’s King Bhumibol Adulyadej.

“The King’s notion of Sufficiency Economy is more a practice – a model for sustainable development that focuses on transforming the economics of exploitation into the economics of moderation and resilience,” Thailand’s Minister of Foreign Affairs Don Pramudwinai explained during a speech at UN headquarters in January 2016.

The approach seeks to “harmonise the economic, social and environmental aspects of development,” he added.

“In this way, our development will not be at the cost of future generations.”

The philosophy is an approach which the government of Thailand has been keen to share with other developing countries, both through South-South cooperation and through its current role as chair of the Group of 77 for the year 2016. In this role, Thailand represents 134 countries, including China, at UN meetings in New York and beyond.

The philosophy recommends that “our decisions and action, at the individual, community and national levels, be based upon reasonableness, moderation and prudence with clear virtues and knowledge,” Virachai Plasai, Ambassador and Permanent Representative of the Kingdom of Thailand to the UN told IPS in a recent interview.

Thailand’s approach guided by SEP fits closely with many of the UN Sustainable Development Goals, including Goal 12: Ensure sustainable consumption and production patterns and Goal 14: Conserve and sustainably use the oceans, seas and marine resources for sustainable development.

“In this way, our development will not be at the cost of future generations." -- Don Pramudwinai, Minister of Foreign Affairs, Thailand.

“Goal 12 stipulates that we should strive to sustainably use and manage our natural resources while putting our efforts towards achieving economic growth and social equality,” said Plasai.

“This is the same essence as the Sufficiency Economy Philosophy (SEP), which recommends that our decisions and action, at the individual, community and national levels, be based upon reasonableness, moderation and prudence with clear virtues and knowledge,” he added.

SDG 12 includes targets of substantially reducing waste and ensuring that people know how to live lifestyles in harmony with nature.

According to the 2030 Sustainable Development Agenda, “each year, an estimated one third of all food produced – equivalent to 1.3 billion tonnes worth around $1 trillion – ends up rotting in the bins of consumers and retailers, or spoiling due to poor transportation and harvesting practices.”

The goal reflects a broader overall theme within the UN’s Post-2030 Sustainable Development Agenda of achieving “inclusive and sustainable economic growth” in “a world in which consumption and production patterns and use of all natural resources – from air to land, from rivers, lakes and aquifers to oceans and seas – are sustainable.”

By sharing it’s Sufficiency Economy Philosophy approach to achieving sustainable development Thailand can help contribute to the different types of cooperation needed to achieve the 17 SDGs, which all 193 UN member states have agreed to work towards achieving by the year 2030.

For example by sharing Sufficiency Economy Philosophy with countries like Bhutan, Lesotho, Lao PDR, Timor-Leste, Tonga, Cambodia and Myanmar, Thailand is participating in what is known as South-South cooperation – where two or more countries of the Global South work together to achieve development.

“Under South-South cooperation framework, Thailand, through our development arm, the Thailand International Cooperation Agency (TICA), has been working closely with other developing countries, near and far, to provide technical assistance and share know-how on the application of the Sufficiency Economy Philosophy (SEP),” said Plasai.

This includes providing assistance in applying the philosophy in areas such as agriculture capacity building and community development, he added.

The philosophy is also relevant to other areas of sustainable development, such as management of the world’s oceans.

“The challenge before us is how to use the oceans and their resources without compromising the opportunities for future generations to rely on the same oceans for their development,” said Plasai.

“In this regard, the SEP can come into play as a guiding approach for our action to ensure equitable benefits for all: reasonableness in policy-making, moderation in our ways to use the ocean and its resource, and prudence in balancing our different priorities and needs.”

For example, he says, when it comes to managing the world’s limited fish stocks the precautionary approach of “exercising informed prudence in the context of uncertainty” reflected in the United Nations Fish Stocks Agreement is also similar to the SEP.