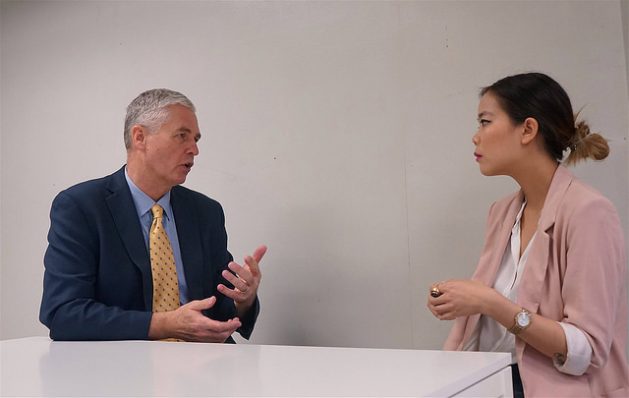 Rijsberman, who is currently on a visit to the country for the UN SDG 7 Conference, revealed that expediting the global transition towards renewable energy was at the heart of discussions for international policymakers and green leaders attending the conference.

“Conferences like SDG 7 are a good opportunity to take stock of what is happening around the world. We are seeing all these exciting projects to replace coal-fired power plants with solar and wind energy. The percentage of renewables in energy production is rapidly growing to about 25 percent of the global power generation,” said Rijsberman.

The Thai government recently halted its plans for a coal-fired power plant in the South following more than a week of protests and a hunger strike by local residents and activists. Energy Minister Siri Jirapongphan said on Feb. 22 that the construction of new large-scale power plants in southern Thailand is unlikely over the next five years, as the current power development plan (2015-30) is under revision by the government to serve the real demand in each region with a specific focus on the Eastern Economic Corridor (EEC) – a move that Rijsberman sees as a hopeful signal from the government.

“We have been working with industrial estates because they have the key role in driving the economy, especially for the EEC, and we want to be certain that they can deliver sustainable results,” he explained.

As part of the visit, Rijsberman planned to meet with the Industrial Estate Authority of Thailand and the National Economic Sustainable Development Board to engage more key players at different levels of governance to push for viable green strategies. With the country’s employment issues and energy access at a positive level, the organization looks to industries’ energy efficiency and the shift towards renewables as its primary approaches in Thailand. 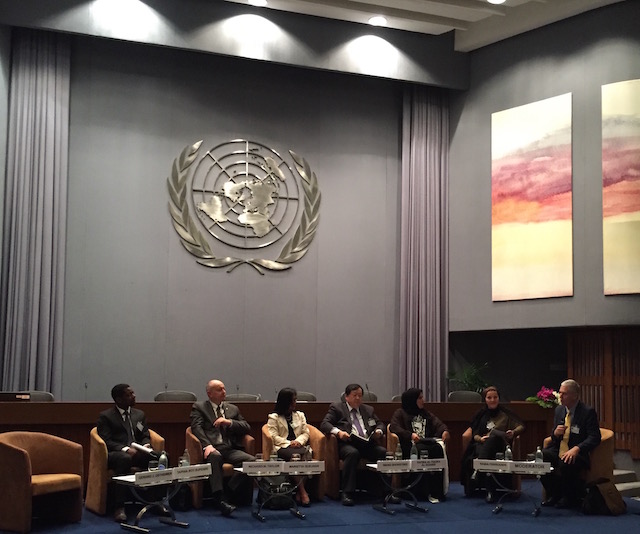 While their work in Thailand is still in its early stages since the country only recently joined GGGI as a member in early 2016, Rijsberman said the organization has made strides in connecting the private sector with government support to develop projects that primarily focus on reducing greenhouse gas emissions and promoting energy efficiency. This extends to an e-waste management project with Udon Thani province’s municipality.

GGGI also directly deals with companies in the automobile, palm oil and frozen seafood industries to provide them with a successful roadmap. The goal is to hold Thailand’s commitment to The Paris Agreement with a 35 percent reduction in greenhouse gases.

“We think there are many commercially attractive opportunities for the industries to take, but often they are not necessarily thinking about energy efficiency. We want to help them be more aware and show them that it is possible to change their technologies. If they need financial help, we can help bring green finance to help, so that in the future they may not even need government support and will be able to make these investments themselves,” said Rijsberman.

While economic incentives and curbing climate change impacts are important to the overarching agenda, Rijsberman added that public health remains another immediate concern. The capital of Bangkok has been under the spotlight after suffering its worst air pollution in the city’s history between Jan. 1 and Feb. 21. The Pollution Control Department issued a warning for children to remain indoors after the city’s air pollution reached dangerous levels, measuring a level of particulate matter smaller than 2.5 micrometres, or PM 2.5 dust.

“We believe that the same green growth things that help clean up the environment can also provide a more inclusive way of growth that is critical for marginalised groups in society. Within that framework, we try to desegregate our beneficiaries. We look to work specifically with women and children. Children are often the first to suffer from pollution and climate change,” he said.

Rijsberman hoped that the visibility of such pollution will help prompt the government to be more concerned with environmental issues.

“I think the government is becoming more and more aware that economic growth is important but the quality of growth is equally as critical,” he noted.

This sentiment was echoed by Ram-Indra: “The Thai economy is growing very fast. Now is the critical time that we need to do something right for the country. Thailand as the leader country should be able to share our knowledge to neighboring countries. On top of that, Thai companies hold many stakes in investments across the region, so we should apply the same sustainable approaches to all.”

Regional efforts are starting to take shape to make green cities a priority, Rijsberman said, citing GGGI’s progress in solar and waste management in Vietnam, sanitation projects in Cambodia and electric mobility in Laos. They are not isolated opportunities either, with many countries working together to share experiences. He believes China and Korea are the key players in these areas with the most developed technologies and models for the region.