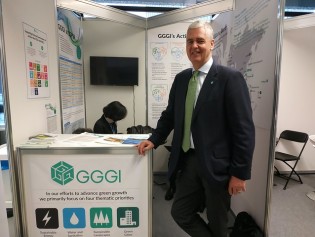 By Samira Sadeque
A week ago, downtown New York witnessed one of the most historic moments in the climate action moment — hundreds of thousands of people attended the Climate Strike, where teen activists delivered powerful speeches and blows to world leaders for not taking climate change seriously.

By Isaiah Esipisu
In order for African countries to implement their Nationally Determined Contributions (NDC) and Sustainable Development Goals (SDG), they will require further human capacity building, and there must be involvement of the private sector from the start of the planning process.

By Stella Paul
Even in remote and faraway places such as Andamans and Nicobar and Lakshadweep, islands off the coast of India, the government is keen to provide electricity across the entire country.

By Friday Phiri
Science has increasingly made it clear that the world is on an unsustainable growth model where economic development is occurring at the expense of the environment. The need for a well-balanced approach has therefore become a necessity rather than a luxury.
Next Page »
ADVERTISEMENT ADVERTISEMENT