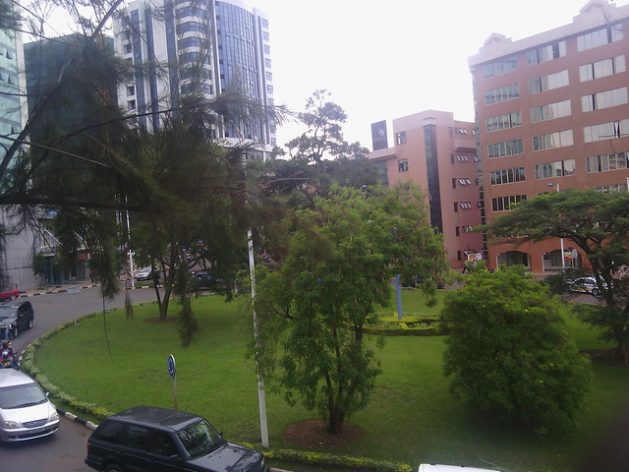 Kigali, Rwanda’s capital, is the country’s largest city. However, the country hopes to soon implement the first stage of a new dynamic plan for the development of six climate-resilient secondary cities. Credit: Aimable Twahirwa/IPS

KIGALI, Jul 15 2019 (IPS) - How do you plan a resilient city? A city that can withstand climate change impacts, and the natural disasters that it produces at increased frequencies. And how do you protect the city, its individuals and communities, its business and institutions from either the increased flooding or prolonged droughts that result? It’s a complex question with an even more complex solution, but one that the central African nation of Rwanda is looking to answer.

“Urban resilience means preventing disasters, and planning ahead in order to cope with them in an efficient way,” says Rwanda’s National Roadmap for Green Secondary Cities Development.

The roadmap, which was developed by the government with assistance from the Global Green Growth Institute (GGGI) in 2016, provides guidance for the development of six climate resilient secondary cities in the country. It also outlines how they can grow sustainably while also contributing to Rwanda’s national urbanisation strategy, which according to the roadmap is to “achieve 35 percent urbanisation by 2020 for each of the secondary cities”. 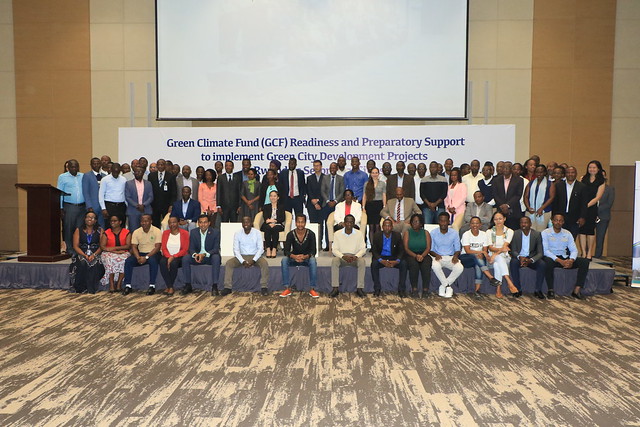 What is a green city?

Rwanda, along with its development partners, hopes to soon implement the first stage of the dynamic plan that will kick off in Nyagatare, a district that borders Uganda in the northeast. On Thursday, Jul. 11, environmentalists, private sector stakeholders and government officials convened for a workshop in Kigali to discuss the integration of green growth in Rwanda’s secondary cities.

While large cities are often known for waste, pollution and bad urban planning, Nyagatare will be a far cry from this. Nyagatare will be a green city not only because of the lush, hilly landscape in which it sits, but because the city itself will be built along the lines of a green economy. It will be net zero carbon (by 2050), resource and waste efficient and have a green economy, which aims to offer high quality employment to its residents.

Nyagatare will be the first of six districts to be developed under the “Readiness and preparatory support to implement Green City Development Projects in Rwanda’s Secondary Cities”, which operationalises the national roadmap and which is being implemented by the government, and the Rwanda Environmental Management Authority (REMA) in partnership with GGGI.

The establishment of the secondary cities is a key part of Rwanda’s priority to tackling climate change. Rwanda was awarded 600,000 dollars by Green Climate Fund (GCF) for the project, which will not only protect the environment but will consolidate the land use in the six districts, according to Jean Pierre Munyeshyaka, the senior associate for Green Urbanisation at GGGI Rwanda.

“The chosen cities were part of districts that showed signs of development but they were not ready for green growth. That is why we did this project and submitted this project to GCF to help them build conscious-driven green development,” Munyeshyaka told IPS.

All districts have been strategically chosen because of their population size, geographic location and contribution to the country’s economy. The other districts are Muhanga, which is close to Kigali; Huye, which is considered the country’s knowledge centre and is home to the National University of Rwanda and the National Institute of Scientific Research; Musanze and Rubavu, which are tourist destinations and close to the Democratic Republic of Congo (DRC) and Uganda respectively; and Rusizi district, which borders the southern DRC and is the location of one of the country’s three major lake ports.

Munyeshyaka explained that the secondary cities will be run on renewable energy and be built to ensure low carbon emissions. There will also be easy-to-use public roads and transport, easy access to markets and health centres. He explained that when more people spent less money to travel to hospitals or markets, it meant they could save more and use their money for other things, such as business development etc.

The hilly, fertile, and relatively non-resource rich nation of Rwanda has made great strides in economic growth over the last decade, its 8.6 percent growth in 2018 was listed as the highest on the continent, according to the World Bank.

But it is also one of the most densely-populated countries on the continent with almost 12.2 million people living in a nation the size of the U.S. state of Maryland. That’s approximately 445 people per square kilometre, according to Rwanda’s 4th Population and Housing Census Projection.

And while Rwanda has been called one of the “least urbanised” countries on the continent, with only 18 percent of its population living in cities, its urban population growth rate “is 4.5 percent, which is well above the world average of 1.8 percent”, according to the roadmap.

“Rwanda, although predominantly rural, has been urbanising rapidly, from a half-million urban residents in 1995 to more than three and a half million today,” according to Ilija Gubic, a senior urbanisation and infrastructure officer with GGGI in Rwanda and Dheeraj Arrabothu, a GGGI green building officer who helps the Rwanda Housing Authority (RHA) promote green urbanisation in Rwanda. 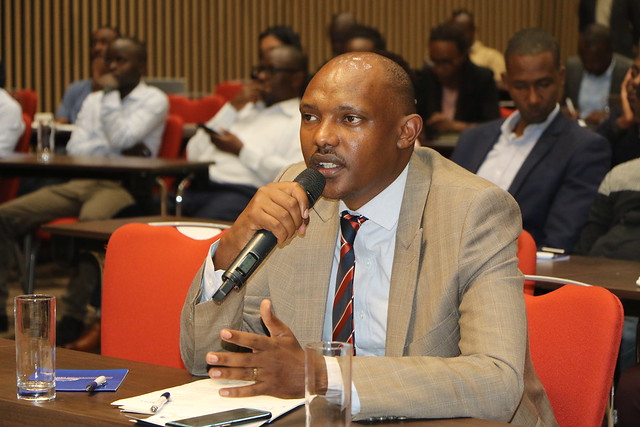 Faustin Munyazikwiye, the deputy Director General of Environment Management Authority, said all sustainable development projects in the country need to be considered with a green economy in mind. Credit: Emmanuel Hitimana/IPS

No growth without green growth

Faustin Munyazikwiye, the deputy Director General of REMA, the national designated authority mandated to facilitate coordination and oversight of the implementation of the national environmental policy and the subsequent legislation, said any sustainable development project in the country needs to think in terms of a green economy.

“We have seen and we are aware that our country is under immense risk when it comes to climate change. For that matter, we have identified six cities to start with readiness and preparation. We will equip them with necessary infrastructures that will resist any harm to climate change,” Munyazikwiye told IPS.

According to a USAID climate change risk profile on Rwanda “rising temperatures, more frequent and intense heavy rains, and potentially increased duration of dry spells threaten Rwandan agriculture”. Some 70 percent of Rwandans are employed in the agriculture sector, which accounts for 50 percent of the country’s export revenue.

Munyazikwiye was speaking during the Jul. 11 workshop on implementing green growth strategies of the Nyagatare master plan.

During the workshop, staff from various government and private entities were trained on how to include green growth and climate resilience in project concepts and taught how to engage with the GCF for climate finance and green investment opportunities in Rwanda.

“Private sector is absolutely the key. At the end of the day there is limited public funds in the world. It is actually the private [sector] that has to step in to help reach climate change goals and [get] implementation process running, ” Inhee Chung, Rwanda Country Director for GGGI, told IPS.

She explained that aside from getting the private sector on board with the concept of a green economy and getting it to invest in eco-friendly products like building materials and other innovations that will be used during the development of the secondary green cities, GGGI have also been focusing on integrating the community to help them understand the shared vision.

“For us green growth does not just mean only the environment. It actually means growth with the people. Environment, people and economy, they are all interlinked because if one is excluded  sustainability isn’t really achieved, this is why we make every step inclusive,” she said.

Much of the area earmarked in Nyagatare district for the secondary city is inhabited by middle income families.

Parfait Karekezi, the Green and Smart Cities Specialist at the RHA, the agency responsible for urbanisation, whose mandate includes responsibility for settlements and building construction, who was also speaking during a panel discussion at the workshop, was asked if the national roadmap and the master plan established the required enabling environment for green growth.

“RHA  is a championing entity in urban and housing development, its role in the process is to synergise and bring together different stakeholders and create a more coordinated and consolidated framework. Therefore, through the National Advisory Committee, effective strategies and ideas are discussed, reviewed and delivered,” he said, adding that the RHA also plays a key role in engaging local stakeholders and communities in the process.

Sally Murray, a country economist at the International Growth Centre, is optimistic about the future of Rwanda’s urbanisation.

“Rwanda has an opportunity that may be unique in Africa – to harness urbanisation to its full potential,” Murray states in a paper on urbanisation and economic growth in the country.

And it seems that Rwanda is on its way to doing just that.