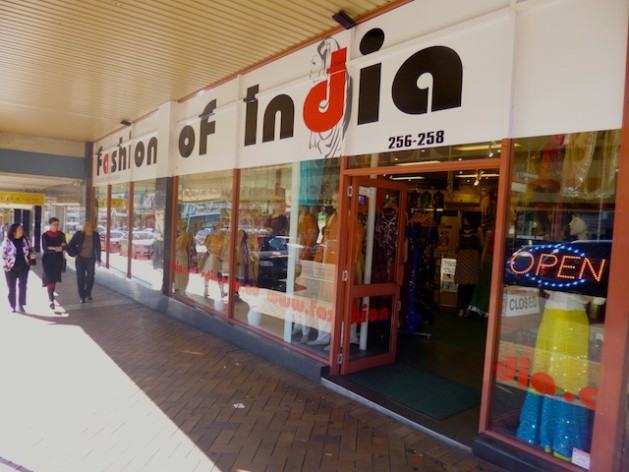 SYDNEY, Jun 8 2013 (IPS) - With a population of over 1.2 million people spread across 14 government districts, the suburbs of western Sydney have long been perceived as the impoverished “other half” of Australia’s economic, financial and political hub, serving as a de facto port of entry for incoming migrant workers.

Excluded from the city’s remaining three million occupants, the “Westies” – as Sydney’s affluent inner city and northern dwellers derogatorily refer to those who reside beyond the city of Paramatta – do not often come under the radar of mainstream political parties.

Schools and medical facilities fall far short of the standards of those in neighbouring areas and the region shows signs of having been forgotten by all but those who live there.

But today, both major political parties in Australia are wooing the western voters, who could well determine the outcome of the upcoming Sep. 14 election.

Historically home to the city’s manufacturing and industrial employees, the region has a distinct working class slant, with its 15 electorates voting solidly and predictably for the trade-union backed Australian Labour Party (ALP) for more than half a century.

According to Gary Paramanathan, a community arts worker in the area, the desire to climb economic and social ladders has turned western suburbanites away from Labour’s working class movement.

For the past decade, western Sydney has experienced an annual average population growth rate of 1.5 percent, as Indians, Filipinos and Vietnamese – now the largest immigrant communities in Australia – flocked here to avail themselves of the country’s open-door policy for skilled workers.

An increasing number of Iraqi, Somali and Afghan refugees fleeing civil wars, government repression and political persecution in their homes are also settling down in the area.

In one suburb, Woodcroft, 25 percent of the population is Filipino while the suburb of Liverpool plays host to 5,000 Indo-Fijians, who arrived here during and after the 1987 coup in Fiji, which toppled an Indian-dominated Labour Party government.

In the last two-and-a-half decades immigrants have built a thriving commercial community here, including the famous George Street in Liverpool that is almost entirely dedicated to Indian clothing stores, restaurants and sweet shops, which attract customers from all over the city.

During these years the ALP championed the aspirations of migrant communities and helped to create the infrastructure necessary for them to succeed, including generous handouts in welfare schemes and support for union demands for better pay.

The realisation of those ambitions bred a fresh political consciousness, according to Philippine-born community media practitioner Annamarie Reyes, who has lived in the area for over 25 years.

Unlike in the 1980s, when immigrant communities basically struggled just to make ends meet, “many Filipinos now send their kids to university and become homeowners” as the dividends of years of hard work pay off, she told IPS.

“As a result, some who were once staunch Labour supporters voted for Liberals at the last elections,” she told IPS.

Perhaps even more shocking to the ALP than a betrayal by a loyal party base were the two Filipino-Australians who stood as candidates for the Liberal Party in two of the safest Labour seats in western Sydney. One of them – 30-year-old Jaymes Dias, from the division of Greenway – came within a whisker of beating out the ALP candidate Michelle Rowlands, who scraped by with an extra 1,409 votes.

Others say corruption and factionalism are partly to blame for dwindling support.

For the past three months the media in Sydney has been saturated with news about the ongoing court cases brought by the Independent Commission Against Corruption to probe corrupt dealings involving former ALP state power broker and upper house member Eddie Obeid and the Primary Industries and Mineral Resources Minister Ian MacDonald over the issuance of coal mining licences in the Bylong Valley.

This case has drawn public attention to the deep-seated corruption within the rank and file of the ALP and the union movement that supports the party.

Furthermore, “Labour stalwarts are the old leaders of the community, and hail mostly from the dominant population (Caucasian),” Filipino community leader Dr. Cen Amores told IPS, adding that the party structure is not welcoming to new and emerging community leaders.

On the other hand, “Liberal Party candidates are fairly young and reflect the changing demographics” in the area, she said referring to selections like 22-year-old Isabelle White to contest the western Sydney seat of Chifley, a labour stronghold.

With the election looming and the ALP trailing badly in opinion polls, Prime Minister Julia Gillard spent five days in March at a local hotel in Rooty Hills, in the heart of western Sydney, to drum up support for her ailing party and secure the nine regional seats that may well determine the next federal government.

But experts like Amores say that these desperate moves in the eleventh hour will do little to win votes.

Instead of hedging their bets with the ALP, immigrants are now paying closer attention to local council and state elections, Govind Sami, a former head of the Fijian Teachers Union and a minister in the government that was deposed in 1987, told IPS.

According to Asha Chand, a former journalist at the English language daily Fiji Times and now a journalism lecturer at the University of Western Sydney, this city has the largest population of Indo-Fijians in any city outside of Fiji. If immigrant communities play their cards right, they have the potential to shape local, and possibly national politics.

But that is not happening largely due to the fact that “political divisions based on race and ethnicity are still very much part of what the community has inherited from its past,” Chand lamented.