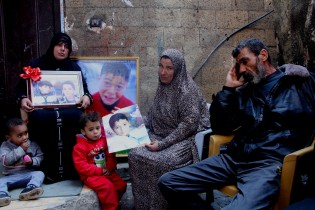 By Khaled Alashqar
“If you want to live and receive medical treatment, you have my number, so you can call me and agree to my request. You will then get medical help, and survive.” The request, the patient said, was from an Israeli intelligence officer looking to recruit him in exchange for treatment.

By Khaled Alashqar
The border between Egypt and the Gaza Strip used to buzz with activity until a few months back as traders brought in an array of Egyptian goods – from food supplies to raw material - through hundreds of tunnels.
ADVERTISEMENT ADVERTISEMENT