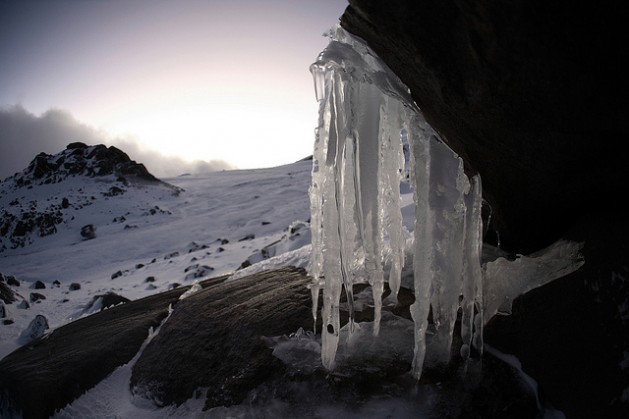 ROME, May 13 2012 (IPS) - The European Union has been using all means necessary to fill the multi- billion-euro fund for climate change, including the controversial mobilisation of public resources through private financial intermediaries.

The EU committed to providing 7.2 billion euros for the fund over the period 2010-12, most of which will presumably be channelled through the Green Climate Fund

Although originally this money was expected to come from public sources, developed countries are now leveraging substantial amounts of private finance to raise funds. Increasing attention is being given to financial intermediaries that supposedly have easier access to private investment in developing countries, and are thus better able to stimulate financial flows.

Experts say it may be possible to raise funds in the range of 100-200 billion dollars (72-144 billion euros) per year through these intermediaries, as a result of private flows from developed to developing countries.

The idea is that development banks and financial institutions, such as the European Investment Bank (EIB) and the International Finance Corporation (IFC), use public money to invest in financial intermediaries working in developing countries to attract private investors.

A recent study by the London-based Bretton Woods Project on the use of banks, private equity firms and financial intermediaries by the IFC found that the latter’s lending has grown enormously over the past decade, with commitments reaching a record 18 billion dollars in the 2010 financial year.

The report found that instead of managing its own loans and investments, the IFC routinely relies on financial intermediaries such as banks and private investment funds. In the 2010 financial year, finance sector lending made up over half of all new project commitments.

There has been much debate over the past few weeks on how much of the EU’s share of the 100 billion dollars should come from the private sector – a trend civil society organisations (CSOs) believe would risk reducing the need for public funds.

In particular, CSOs are calling for more transparency on the use of these funds and clearer reporting on the effectiveness of the funded projects.

A recent report by the European Network on Debt and Development (Eurodad) found crucial gaps in knowledge of how money is leveraged through financial intermediaries.

It also assessed the role of these brokers in low-income countries (LICs) and in supporting small and medium-sized enterprises (SMEs), and examined the main monitoring and accountability constraints when using financial intermediaries.

“The problem is that development finance institutions are channelling a tiny amount of climate money to least developed countries (LDCs) or LICs,” Javier Pereira, author of the Eurodad report, told IPS.

According to Pereira, study results show that “if using intermediaries and focusing on the private sector is going to be the main use of climate finance, there is an actual risk of (skipping over) the poorest countries.”

“It has always been clear that this funding will need to come from a variety of sources both public and private; accordingly a variety of instruments and approaches will be needed to meet the challenge, balancing between support for mitigation and adaptation,” one source said.

“In this context, official development assistance (ODA) mobilised (by) private financing, can contribute to creating a positive spiral of regulatory reform, sense of national ownership and – paired with a national Low Emissions Climate Resilient Development Strategy – facilitate the establishment of a sustained enabling environment for private investors,” the official told IPS.

According to report authors, monitoring financial intermediaries is extremely difficult and there is a lack of mechanisms to ensure private climate finance is aligned with developing countries’ priorities.

“To be accurate, these are not private funds, but public funds given to private entities, like investment funds or private equity funds, then recorded as ‘climate finance’ by governments and finance institutions,” Elena Gerebizza from Italy’s Campaign to Reform the World Bank (CRBM), who contributed to the report, told IPS.

“So an item of the public administration actually becomes a (way to) support the private sector, and through actors that are not necessarily committed to the fight against climate change or even contribute to that fight.”

Gerebizza said these private actors have no incentive to respect any environmental or social standards, are not correctly monitored by governments and their projects are not traceable because the information on their ‘climate funds’ is not public. “We don’t even know if they have any impact on climate at all.”

“In addition to the bilateral climate related assistance the Global Climate Change Alliance (GCCA) remains the main vehicle for the Commission to deliver assistance to the LDCs,” EU sources told IPS.

From 2008-2011, the GCCA, an EU initiative providing assistance and capacity building specifically to the LDCs, has contributed over 200 million euros in support of more than 30 countrywide and regional programmes.

“The European Commission also uses United Nations agencies and international finance institutions (IFIs) to help it deliver specific programmes and assistance to developing countries. The related contractual arrangements include reporting requirements on the use of the funds and the activities supported. It is standard practice for the Commission to stipulate intermediate and final reports on the use of funding,” sources said.

This week Europe’s Climate Commissioner Connie Hedegaard held informal discussions in Brussels with 30 countries including representatives from the LDCs and the Alliance of Small Island States (AOSIS), who are calling for “more ambitious measures to reduce global carbon emissions and finance the fight against climate change.”

A primary concern of the informal meetings was how to close the gap in climate financing commitments. While the EU has committed to 7.2 billion euros for the Climate Fund over the 2010-12 period, the actual contribution so far remains unclear.