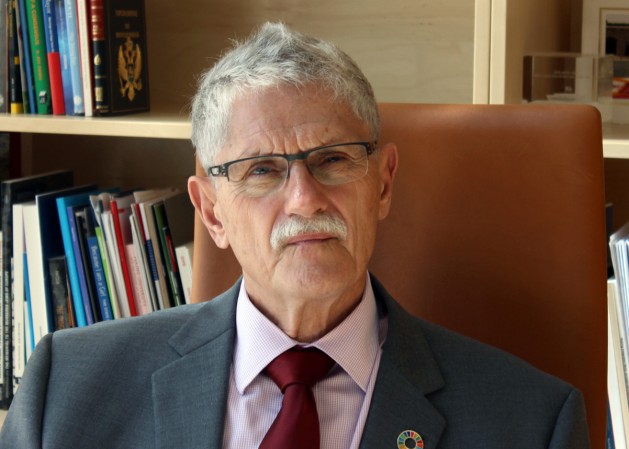 UNITED NATIONS, Jul 29 2016 (IPS) - The President of the 70th Session of the UN General Assembly, Mogens Lykketoft, has helped spearhead a push for a more open and transparent selection process for the next UN Secretary-General.

IPS spoke with Lykketoft one week after the 15 members of the UN Security Council cast their first votes in a straw poll to indicate which of the 12 candidates for the UN’s top job they support.

The results of the informal initial vote, which took place on Thursday 21 July, were not publicly released, but were leaked almost immediately.

Since the results were leaked, the straw polls only have a “formality of secrecy”, Lykketoft told IPS.

On behalf of the 193 members of the UN General Assembly, Lykketoft publicly called for the Security Council to convey the results to the other UN member states soon after the vote took place.

“It’s much too early to draw conclusions from the straw polls,” said Lykketoft. “Positioning and tendencies … can change over time.”

“The real influence from the membership is now to express to their colleagues in the Security Council if they have preferences among the candidates,” -- Mogens Lykketoft.

A second straw poll is planned for next Friday August 5, he added. However one potential further candidate, former Australian Prime Minister Kevin Rudd announced on July 29 that he would not be running, as he did not receive an endorsement from the Australian government.

“We’ll try to arrange as quickly as possible, if a new candidate comes forward, the same kind of hearings that we have had with the 12 candidates,” he said.

However while the informal dialogues have opened up the selection process for the next Secretary-General to the 193 member General Assembly, it is still likely that the UN Security Council will ultimately decide a single candidate to put forward to the assembly for endorsement.

“The real influence from the membership is now to express to their colleagues in the Security Council if they have preferences among the candidates,” said Lykketoft.

“Because we’ve had these informal dialogues, these hearings, we much better know the personalities and the priorities of candidates than one did at any previous occasion, simply because all the other times there wasn’t an established list of candidates, we didn’t even know outside the Security Council which names were brought to the table.”

“That has changed and that means also that all the friends, allies and colleagues of the members of the Security Council can express to them their priorities and that gives a real possibility for influence.”

“I have also said continuously if among the many candidates (there are) clear favourites, I don’t think the Security Council would come up with some quite different names. But we’ll see.” 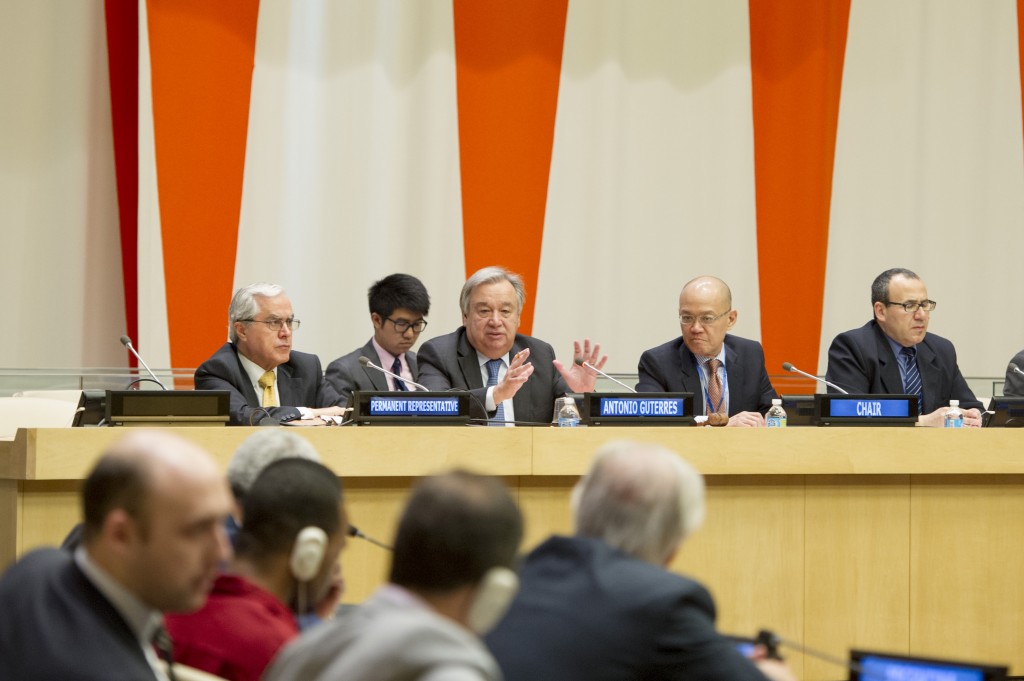 António Guterres (centre), former UN High Commissioner for Refugees and candidate for the position of next United Nations Secretary-General, addresses the Group of 77 in a closed meeting at UN Headquarters in New York. Also seated on the panel, from left, are: Álvaro José Costa de Mendonça e Moura, Permanent Representative of Portugal to the UN; Virachai Plasai, Permanent Representative of Thailand to the UN, and Chairperson of the Group of 77 (G-77); and Mourad Ahmia, Executive Secretary of the Group of 77 Secretariat. UN Photo/Rick Bajornas

He noted that members of the Group of 77, which represents 134 developing countries at the United Nations including China, see development issues and climate change as priorities.

The Presidency of the General Assembly

Reflecting on his own role, Lykketoft touched on changes to the office of the President of the General Assembly.

Fiji has been elected to hold the 71st Presidency of the UN General Assembly, when Denmark’s term finishes in September 2016.

Lykketoft noted that as a Small Island Developing State, Fiji does not have the same resources to draw on to support the office of the President as other richer and bigger countries.

The office of the President of the General Assembly relies on contributions from member states. Lykketoft particularly highlighted the importance of member states seconding staff to the office.

“There’s been 35 people from 26 different countries working in the office of the President of the General Assembly, which is a very interesting and very well functioning operation,” said Lykketoft.

“Most of those people are actually a gift from member states to us.”

“Hopefully there will be more contributions, in particular from countries of the South, because it’s obvious that Fiji is not a rich and big country themselves.”

He also said that there is “a strong wish” in the General Assembly for the UN to provide more resources to the office, in particular to make sure that information is passed on and recorded between presidencies, he added.

There are currently 12 candidates for the position of UN Secretary-General. They include former heads of state and high-level UN officials.

According to leaked reports, Antonio Guterres, former Prime Minister of Portugal and former head of the UN High Commission for Refugees, topped the first straw poll, with Danilo Turk, former President of Slovenia, placing second and Irina Bokova, of Bulgaria who is currently Director General of the UN Educational, Scientific and Cultural Organization (UNESCO) placed third. Other candidates which received “encourages” from 8 or more members of the SC include Srgjan Kerim, of the Former Yugoslav Republic of Macedonia, Vuk Jeremić of the Republic of Serbia and Helen Clark, former Prime Minister of  New Zealand and Administrator of the UN Development Programme.