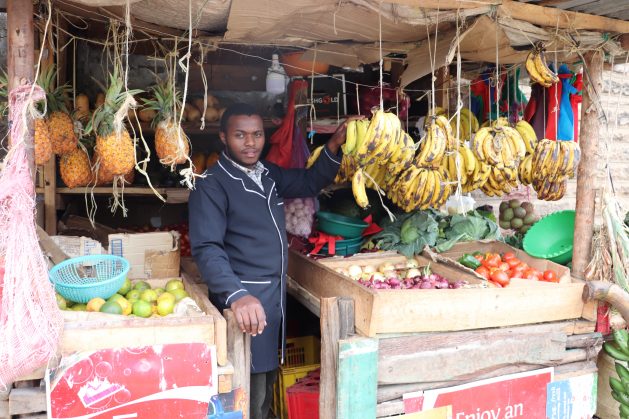 NAIROBI, Apr 19 2021 (IPS) - After Joseph Mandu lost his job because of the country’s coronavirus lockdown, he would still wake every morning and leave his home in the City Carton slum in Kenya’s capital, Nairobi. But instead of heading to the restaurant he worked at as a pool-table attendant, he would walk around City Carton searching for odd jobs to earn an income so he could pay for the food his family needed to survive.

“I tried to find something to do because my wife could not understand a fact that I was totally not able to provide for the family.

“With schools closed, all our five children were there in our single room and they needed food, water – which can only be bought – and soap, among other things, that were beyond my affordability,” Mandu told IPS, noting that he also owed his landlord Sh2000 ($18) in monthly rent.

Mandu is not alone in the need to provide for his family.

Blanket containment measures imposed by Kenya’s government to control the coronavirus pandemic have denied poor slum dwellers access to sufficient nutritious food and livelihoods, according to early findings from an ongoing evidence-based study to assess the impact of COVID-19 on dietary patterns among households in Nairobi’s informal settlements.

The study noted that urban slum and non-slum households are impacted differently by the COVID-19 pandemic, and therefore differentiated policies and solutions are needed to address food security, nutrition and the livelihoods of these two consumer groups.

The researchers, led by scientists from the Alliance of Bioversity International and the International Centre for Tropical Agriculture (CIAT), are now calling on the Kenyan government to consider the unique challenges that people living in urban slums face before imposing blanket measures to curb the spread of the disease.

“Through this study, we have seen that about 90 percent of households in the slums reported dire food insecurity situations, and are not able to eat the kinds of foods they prefer such as indigenous vegetables and animal sourced foods like milk and eggs, which had been more affordable and accessible before the pandemic,” Dr. Christine Chege, the lead researcher on the project, told IPS. The Alliance provides research-based solutions to harness agricultural biodiversity and sustainably transform food systems to improve people’s lives in a climate crisis.

The study found that more than 40 percent of slum households lack employment and their average monthly household income is $78. 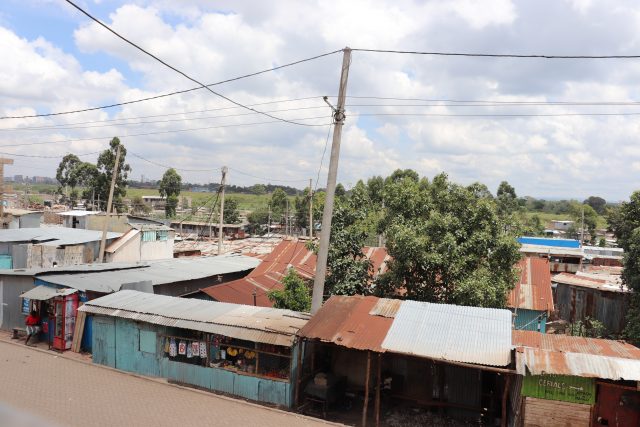 The City Carton slum in Nairobi, Kenya. An ongoing study by scientists from the Alliance of Bioversity International and the International Centre for Tropical Agriculture (CIAT) has found that more than 40 percent of slum households lack employment and their average monthly household income is $78. Credit: Isaiah Esipisu/IPS

So far, the government has turned to policies such as curfews, social distancing and closure of eateries, bars, churches to contain the spread of the virus. As of today, Apr. 19, Kenya has reported over 151,000 COVID-19 cases.

But the current measures to restrict spread of the virus has had a direct negative impact on livelihoods of tens of thousands of urban slum dwellers across the country.

Generally, slum dwellers live in crowded single-roomed, shanties where a number of households share bathrooms, sinks, and water points. There is little or no space for children to play and social distancing is impossible.

They also do not have personal means of transport and so many have to use crowded public transport, which includes the use of motor bikes that sometimes carry up to three passengers on a single bike.

For these communities sanitisers remain a luxury. And some people use one disposable mask for more than a week — not for protection against COVID-19 infection, but to avoid the wrath of law enforcers who are reportedly using it as an excuse to distort money, particularly from the poor.

One respondent from Kibera slum told researchers that she was on antiretroviral therapy for HIV but she was not able to eat a balanced diet, as advised by her medic.

These are just some of the reasons why slum dwellers, according to the study, need differentiated containment measures that will not completely deny them access to food and livelihoods.

While the findings note that non-slum households may benefit from a decrease or cap on rising food prices to improve their food security and nutrition, for slum dwellers the solution is different and perhaps more complicated.

Researchers instead recommend strategies and interventions to assist slum dwellers in earning an income as a solution, first giving them economic empowerment in order to access nutritious foods.

“Once they are empowered economically, a second intervention would be towards lowering food prices,” said Chege.

According to Joram Kabach of Twiga Foods, a company that currently supplies fresh fruits and vegetables from over 20,800 farmers across this East African nation straight to more than 30,000 small-scale vendors via mobile technology, there is need for the government to partner with the private sector to bridge the gap between food and nutrition security for slum dwellers, and containment measures for the COVID-19 pandemic.

“This means that in line with the government guidelines for social distancing, traders opted to stay away from congested market places and prioritised more secure digital platforms, where orders are made via mobile phones and products delivered at doorsteps with much reduced human interactions,” he told IPS.

In that regard, he observed that the government could cushion slum dwellers by offering them food vouchers, which can be redeemed from structured vendors who belong to structured platforms such as Twiga Foods. The company is also participating in the ongoing study.

Chege said she hoped that the research would influence policy design and implementation to include vulnerable poor consumers in the slums.