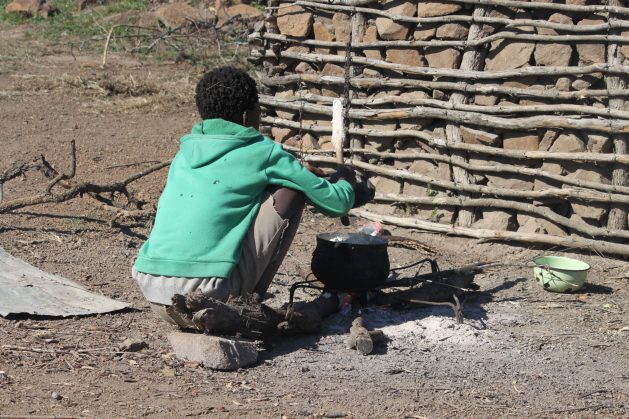 MBABANE, Dec 3 2020 (IPS) - As the world accelerates towards achieving the targets of the Sustainable Development Goals by 2030, it is time to replace the current broken food system. With only a decade left to reach the deadline, evidence shows that the way food is produced, processed and transported is not only destructive to the environment but it is also leaving millions behind.

According to the Food and Agriculture Organisation of the United Nations (FAO) The State of Food and Nutrition in the World 2019 report, over 820 million people across the world are hungry. In the meantime, the World Health Organisation states that in 2016, 1.9 billion adults were overweight and, of these, 650 million were obese.

Moreover, in 2005 the agriculture sector accounted for more than half of the global greenhouse gas emissions, according to the Intergovernmental Panel on Climate Change. In addition, the COVID-19 pandemic showed that an already fragile system was not resilient as more people were left hungry as lockdowns imposed by governments across the globe exposed a system that relies on transporting food for several miles across the world.

Farmers in African countries grow what they do not eat and eat what they do not grow. Eswatini, for instance, does not grow enough maize to feed its 1.1 million people but it exports tonnes of sugarcane to Europe each year. It does not help that more than a billion tonnes of food are wasted globally each year.

As experts observed during the one-day Resetting the Food System from Farm to Fork summit hosted by the Barilla Center for Food and Nutrition Foundation (BCFN), on Dec. 1, the food system is incapable of taking the world to the promised land – Zero Hunger by 2030.

This is because despite the lack of access for many people and the negative impact agriculture has on the environment, most of the available food is not healthy.

“Food is overly processed with too much sugar added to it, leading to unhealthy diets,” said Sachs. He blamed this on companies who are obsessed with profit to the point of feeding people with “highly addictive” processed foods and poor regulation by governments to ensure a change of behaviour.

Sachs said while diets will differ based on cultural context but, generally, healthy diets have more fruits and vegetables and are based more on plant protein rather than animal protein.

“Changing the food system is a complex challenge, but the first step is to know where we want to go, and that’s toward a healthy diet produced with sustainable agriculture,” said Sachs.

While many of the speakers during the event lamented a broken system, Chris Barrett, professor and co-editor-in-chief of Food Policy at Cornell University, said it is not all gloom and doom. He said the system has been phenomenally successful in 2020 such that the world is seeing a record high cereal harvesting despite the pandemic and climate change. He also said about 5 billion people will have access to affordable healthy diets this year.

“How do we combat the challenges while acknowledging the successes?” he asked.

As other speakers noted, it is a system that was designed many years ago and it has served its purpose. The current cracks to the system are a sign that it needs to be replaced with one that is compatible with the “new normal”.

While technological advancement and innovations are part of the proposed solutions to change the system, policy formulation and education for behavioural change are equally important. Protecting the rights of the marginalised such as indigenous people and ensuring that they have access to land are part of the game-changers.

Elly Schlein, the Vice President Emilia-Romagna, Italy, observed that political will and resources are needed to create the right incentives to change the system.

A timely discussion as the world gears for the U.N 2021 Food Systems Summit which the U.N Secretary-General, António Guterres, will host on November 30 to December 04. The objectives of the U.N. Summit are:

The Resetting the Food System from Farm to Fork summit produced five recommendations for the U.N. meeting, which Dr Agnes Kalibata, the Special Envoy for the 2021 Food Systems Summit, gladly accepted. She said the summit presents an opportunity to evaluate progress towards 2030 and shift things around to ensure that the SDGs are met.

A decade is enough to shift things around as suggested by Guido Barilla, the Barilla Group and BCFN Foundation chair. He said only doubters would want to languish in their comfort zone claiming a decade is too short to change the status quo.

While bringing issues to the table and discussing them during a summit it important, the real test is in the implementation of strategies that such meetings produce.