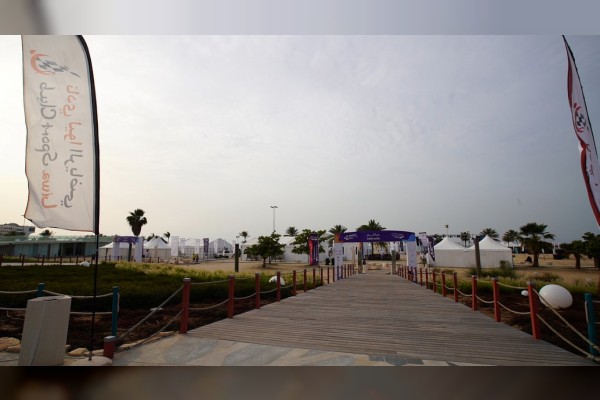 ABU DHABI, Apr 26 2018 - A delegation from Abu Dhabi Fund for Development, ADFD, today attended the official commissioning of the ADFD-funded AED550 million (US$150 million) Quweira Solar Power Plant in the Kingdom of Jordan.

"In line with its focus on inclusive social and economic development across developing countries, ADFD has prioritised renewable energy as a catalyst for growth, enabling the provision of clean, reliable and affordable power that boosts incomes and enhances energy security."
Mohammed Saif Al Suwaidi, Director-General of ADFD

Speaking on the occasion, Mohammed Saif Al Suwaidi, Director-General of ADFD, said, “ADFD’s involvement in the Quweira Solar Power Plant project is in line with its active assistance to the Kingdom of Jordan with which the UAE enjoys time-tested bilateral ties. Through financing several major development projects in Jordan, the Fund has ensured a positive impact on the lives of thousands of Jordanians and helped Jordan’s government to fulfil its socio-economic plans and development goals.”

Al Suwaidi added, “In line with its focus on inclusive social and economic development across developing countries, ADFD has prioritised renewable energy as a catalyst for growth, enabling the provision of clean, reliable and affordable power that boosts incomes and enhances energy security.”

For his part, Fakhoury praised the UAE and its leadership for the ongoing support to the Jordanian people and the country’s role in helping the Jordanian government achieve sustainable development. He also thanked ADFD for its efforts in financing and managing development grants, pointing out that its contribution has significantly increased the efficiency of the services provided to Jordanian citizens and advanced the economic development in the country.

Stressing the importance of the Quweira Solar Power Plant, Fakhoury added that this strategic project marks a milestone in adopting renewable energy in Jordan, in line with the Jordanian government’s objective of generating 20 percent of energy from renewables by early 2020.

The project involved the installation of 328,320 photovoltaic panels that are expected to produce 227 GWh of solar power annually over a period of 20 years, enough to illuminate about 50,000 homes. In addition, the works included the provision of electrical switches, a medium voltage and signal cable system, transformers and all required equipment to connect the plant to the national power grid. The support also covered civil construction works, roads and safety systems as well as overall project operation and management.

It has also contributed to the creation of about 1,000 jobs during the construction phase and is set to provide 30 permanent jobs for its operation and maintenance.

Since 1974, ADFD has effectively funded 31 development projects in Jordan valued at AED5.6 billion. These projects have spanned key sectors including mining, water and irrigation, transportation, housing, agriculture and energy, as well as education and healthcare.