Adaptation to Climate Change: Need for a Human Rights Approach

Aug 12 2016 - The memories of Cyclone Sidr and Aila are fresh in the mind of Razia Begum, a victim of climate change, of Dacope Upazila, Khulna. The standing field crops and houses of her community were destroyed, and they suffered the loss of cattle as well as people who perished in these natural disasters. She says mournfully that Saturkhali, Kamarkhola, Koilashganj and Baniashanta are the most vulnerable unions where access to necessary human rights is disrupted. Furthermore, salinity, flood, river erosion, heavy rain, cyclone, water logging and seasonal variations etc. are the most devastating impacts of climate change in those areas. 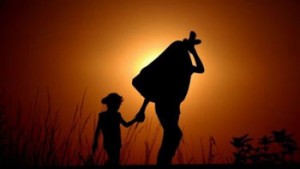 Seasonal, temporary, permanent migration is increasing in these areas due to climate change, while illegal trafficking is also a noticeable concern. Locals believe that the reasons behind their misery is the decreasing rate of natural resources at the Sundarbans, high rate of salinity (more than 80 percent soil has some form of salinity) and increasing frequency and intensity of natural disasters. More men than women migrate to other places from these areas, and thus women, fall victim to vulnerable, hazardous situation. Although, some adaptation and implementation authorities such as Bangladesh Rural Advancement Committee (BRAC), Shushilon, Heed Bangladesh, Palli Karma-Sahayak Foundation (PKSF) etc. are working for the betterment of the local people in Dacope, lack of good governance, existence of salinity, non-sustainable embankment, lack of killas, poor communication systems, lack of economic assistance, etc. are seen as obstacles for sustainable adaptation.

A human rights approach to migration and adaptation is related to the core points of governance issues in the context of increased climatic factors. Bangladesh is one the most vulnerable countries in the world to climate change, and every year a large number of people are displaced from their place of origin due to the impacts of climate change. According to the United Nations, “A human rights approach to migration places the migrant at the centre of migration policies and management, and pays particular attention to the situation of marginalised and disadvantaged groups of migrants. Such an approach will also ensure that migrants are included in relevant national action plans and strategies, such as plans on the provision of public housing or national strategies to combat racism and xenophobia”.

Representatives of over 190 countries gathered in Paris for COP 21, to discuss on several issues related to climate change and environment. While touching on the effects of climate change, participants also focused on the practical importance of ensuring human rights. As John Knox stated: “Every State in the climate negotiations belongs to at least one human rights treaty, and they must ensure that all of their actions comply with their human rights obligations. That includes their actions relating to climate change”.

An increase of 2 degree Celsius temperature will not only impact the environment but also affect human rights of developing countries. Thus, the Climate Vulnerable Forum countries at COP 21 suggested following a target of 1.5 degrees rise in temperature, as it could human rights.

The government of Bangladesh needs to address proper approach in governance, so that the human rights of marginalised people can be protected with proper adaptation. To cope with the effects of climate change at place of origin or destination, adaptation can be addressed as one of the major mechanisms. It is mandatory to specify concerns and scopes of legal practices in Bangladesh, and to address local people’s climate change concern, adaptation challenges and safe migration. The government has to cover important issues to ensure safe migration and adaptation. These include: protection of property and possessions left behind by internally displaced persons; right to know the fate of missing relatives; access to psychological and social services; issuing displaced people with all the necessary documents (e.g. passports, personal identification documents, birth certificates, marriage certificates, irrespective of gender etc.) to enjoy legal rights and protection against discrimination in the destination areas, as well as offer protection to those who have returned to their place of origin or have resettled in another part of the country.

Moreover, the government’s approach needs to empower national authorities to take every measure to minimise displacement from these settlements, to ensure medical care and attention for wounded and sick internally displaced persons, according to their requirements. Again, several issues should be managed by national authorities in case of displacement during emergencies, and adequate measures should be taken to fully inform those who have been displaced regarding the reasons for their displacement while also making them fully aware of the process of displacement. It is also important to involve the affected people, particularly women, in the planning and management of their relocation, and afford them the right to an effective remedy, including making review of such decisions by appropriate judicial authorities available and providing the means through which internally displaced people can voluntarily return to their place of origin in safety and with dignity.

The effective governance system encounters major challenges as it encompasses multiple policy areas, such as development approach, community, livelihood, climate change, and environment. At present, there are no legal guidelines for protecting land and other immovable property rights of climate refugees. The necessity of legal practices is certainly the most important to promote the rights of the displaced people.

The writer works as Research Associate for the Institute of Water and Flood Management (IWFM), Bangladesh University of Engineering &Technology (BUET). Email: arifchowdhury065@gmail.com