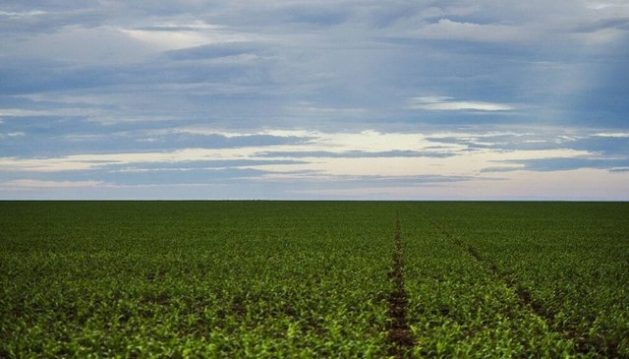 In Brazil, the main agricultural products responsible for deforestation are beef and soybeans. Copyright: Marcelo Camargo/Agência Brasil, under Creative Commons 3.0

RIO DE JANEIRO, May 28 2021 (IPS) - Deforestation in Latin America and the Caribbean accounts for 44 per cent of the global loss of tropical forests, with most of the conversion to agricultural land being carried out illegally, concludes a study by the non-profit organisation Forest Trends.

According to the report, the planet lost 77 million hectares of tropical forests between 2013 and 2019 in Latin America, Southeast Asia and Africa, of which 60 per cent — 46.1 million hectares — was driven by commercial agriculture. At least 69 per cent of this “agro-conversion — forest clearing for agricultural purposes — was carried out in violation of national laws and regulations, it says.

Unlawful clearing for the production of commodities such as beef, soybeans and palm oil accounted for the destruction of at least 31.7 million hectares of the world’s rainforests during the last seven years, the report says.

Ecologist Arthur Blundell, lead co-author of the report, said: “We don’t need to clear more forests in order to grow food. People need to understand the role of commercial agriculture in driving illegal deforestation, and how important tropical forests are.”

“We don’t need to clear more forests in order to grow food. People need to understand the role of commercial agriculture in driving illegal deforestation, and how important tropical forests are”
Arthur Blundell
Based on data from 23 countries, the study estimates that deforestation in Latin America and the Caribbean represents 44 per cent of all forest loss across the tropics, with 77 per cent of this loss resulting from commercial agriculture.

In Asia, forest losses represented 31 per cent of the total, 76 per cent of which was caused by agribusiness.

Africa’s tropical forest loss represented 25 per cent of the global total, but commercial agriculture only accounted for 10 per cent of illegal deforestation, with subsistence agriculture being the main driver.

Many countries, however, fail to report data about illegal deforestation, and reliable country data is scarce, researchers noted.

Geographer Eraldo Matricardi, associate professor at the University of Brasilia (UnB), who did not take part in the study, said: “Unfortunately, the forest is not yet considered as something viable, hence the interest in deforesting to make it productive. Agribusiness, in turn, has economic viability and high incentives from a financial point of view.”

Researchers accept that some deforestation for both commercial and subsistence agriculture is necessary for social and economic reasons.

The degree of unlawful deforestation varied widely between regions. In Latin America, 88 per cent of agro-conversion was conducted in violation of national laws and regulations, while in Africa the figure was 66 per cent, and in Asia, 41 per cent.

According to the report, 81 per cent of clearing for Indonesia’s palm oil — the country’s main export commodity — is estimated to be illegal.

In Brazil, where the major agricultural commodities responsible for deforestation are beef and soy, pasture for cattle grazing drove 74 per cent of forest loss while soy drove 20 per cent, the report says.

Besides soy, palm oil, and cattle products (beef and leather), other commodities, such as cocoa, rubber, coffee, and maize, are also cited as leading causes of illegal deforestation.

Researchers highlight the responsibility of consumers in the United States, China and EU, the main importers of these commodities.

“Producers of agricultural commodities need to reinforce their laws and stop illegal deforestation, but consumers internationally also have a role,” said Blundell. “They need to make sure that what they buy is not linked to forest loss. If you’re buying something from Brazil, for example, there is so much evidence it may be coming from deforestation.”

The authors point out, however, that illegality goes hand in hand with corrupt government systems, especially in Brazil and Indonesia.

In Brazil, illegality includes “impunity for deforestation in legal reserves and areas of permanent preservation, amnesty for land seizures, and the accelerated dismantling of environmental protections, since Jair Bolsonaro came to power”, the report states.

Looking at the role forest clearing had in climate change, the report shows that emissions from illegal agro-conversion account for more than 2.7 gigatons of CO2 per year — more than India’s emissions from fossil fuels in 2018.